Mercedes-Benz has unveiled the all-new, second-generation Citan van, with a fresh design, more tech and a fully electric variant on the way. Based on the Renault Kangoo, the Citan will go on sale in September this year, priced from less than €20,000 (£17,100). 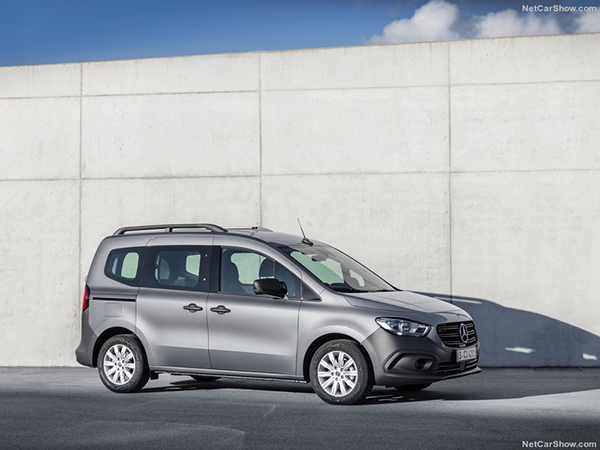 The new Citan completes a trio of Mercedes vans that includes the larger Vito and Sprinter models, adopting a new design that draws from its passenger car relatives.

At the front, there’s a pair of slim LED headlights beside a twin-bar radiator grille, with smoother surfacing and a more ‘muscular’ look than before, according to Mercedes. The flanks largely mirror the Kangoo on which it’s based, with minimal body lines, and the Citan will be offered in either panel van or Tourer guise. The latter gets sliding rear doors, a full glasshouse and second-row seats.

The Citan is longer than before, at 4,498mm, allowing for a load compartment length of 3,050mm and more carrying capacity than the previous model. Short and extended wheelbase versions are on the way, along with a Mixto variant that splits the load bay between passenger and cargo space.

Tourer models can be optioned with split rear doors in place of a tailgate, and feature folding rear seats with a 60:40 split. The panel van features a folding front passenger seat for extra load space. 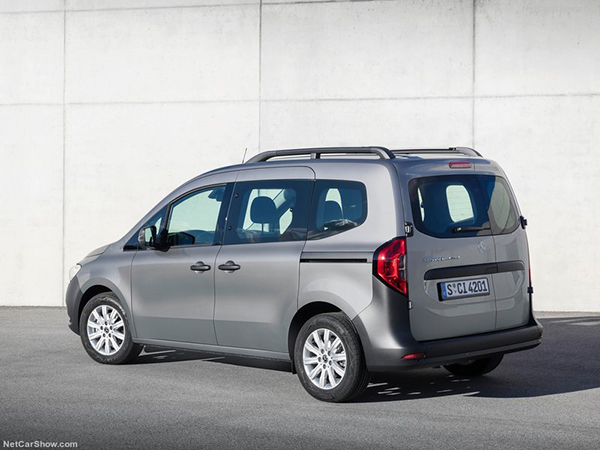 The new Citan will be Mercedes’ final combustion-engined van and shares its powertrain options with the Renault Kangoo. A 1.5-litre four-cylinder diesel is available with 74bhp, 94bhp or 114bhp, alongside petrol power in the form of a 1.3-litre four-cylinder turbo unit producing either 101bhp or 129bhp. The Citan Tourer cannot be specified with the 74bhp and 114bhp diesel motors.

All engines are paired with a six-speed manual gearbox, with the most powerful petrol and diesel engines available with an optional seven-speed dual-clutch automatic.

The forthcoming electric version, called the eCitan, will launch in the second half of 2022, with a WLTP range of around 177 miles. Its front-mounted electric motor produces 101bhp and 245Nm of torque, and the 44kWh (usable) battery can be charged from 10 to 80 per cent in 40 minutes thanks to 75kW DC rapid-charge capability.

At AC charging stations, the battery can be charged at 11kW, with 22kW AC charging capability available as an option. On the move, the driver can choose between two powertrain modes – Comfort and a range-optimised ECO setting – as well as three different levels of energy regeneration. 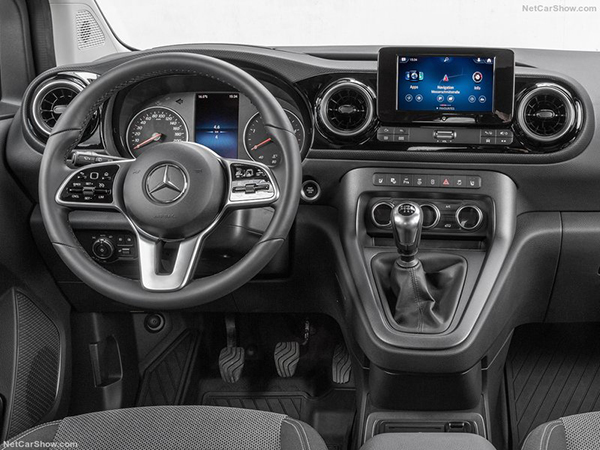 Inside, the new Citan receives a bespoke interior design that sets it apart from the Kangoo, sharing styling cues and switchgear with other Mercedes models. The firm’s MBUX infotainment system makes an appearance with Apple CarPlay, Android Auto and satellite navigation with live traffic updates. MBUX can be controlled via buttons on the steering wheel, or the ‘Hey Mercedes’ voice assistant.

A range of driver assist features also make an appearance, including Crosswind Assist, Hill Start Assist and a fatigue-warning system. The Citan Tourer is fitted with additional tech such as Active Lane Keeping Assist, Active Brake Assist and traffic sign detection with Speed Limit Assist. Buyers can also specify Active Distance Assist DISTRONIC and Active Steering Assist, which helps keep the Citan in the centre of its lane.

The new Citan will be available to order in mid-September, in either Base Line or more generously-equipped Pro Line specifications.