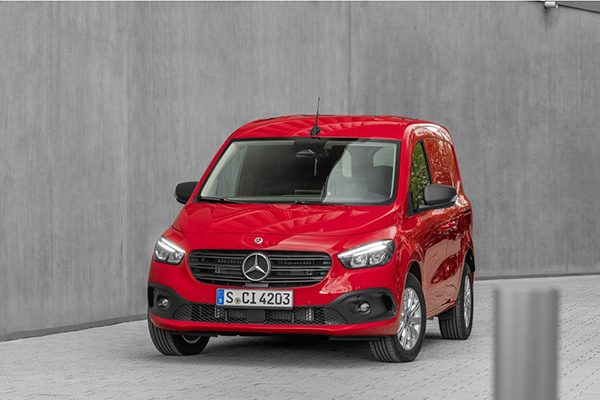 After several spy photo appearances and a few teaser images, the new Mercedes-Benz Citan is making its official debut joining the company’s light commercial vehicle range in Europe. Just like with the previous generation, the small van is a joint effort between Daimler and Renault, and shows clear similarities with the recently unveiled Renault Kangoo family. 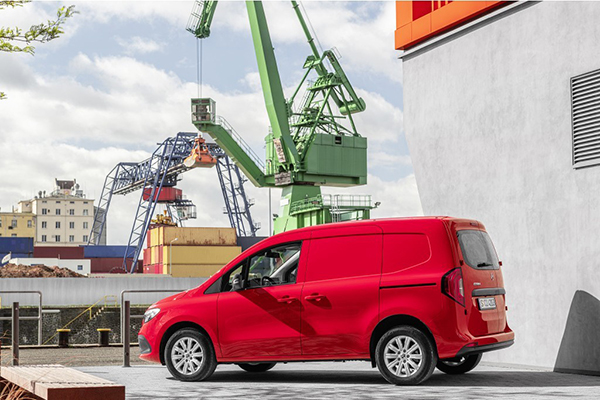 Just like its French cousin, the Citan will be available in both cargo and passenger versions with a fully electric model coming next year. A more lifestyle-oriented van wearing the T-Class moniker will join the family together with the corresponding EQT electric version. 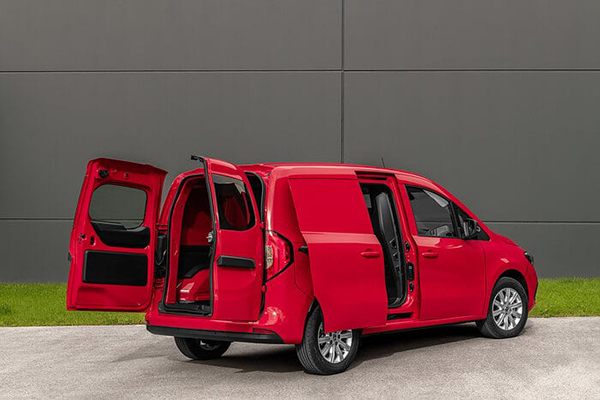 You don’t have to be a car expert to recognize the Kangoo’s overall profile in the new Citan. The front end is completely redesigned, though, and features headlights and a radiator grille that strongly remind us of the brand’s small car range. As expected from an LCV, the rear end is minimalistic and simple, though higher and more expensive trim levels will be equipped with LED headlights and taillights. 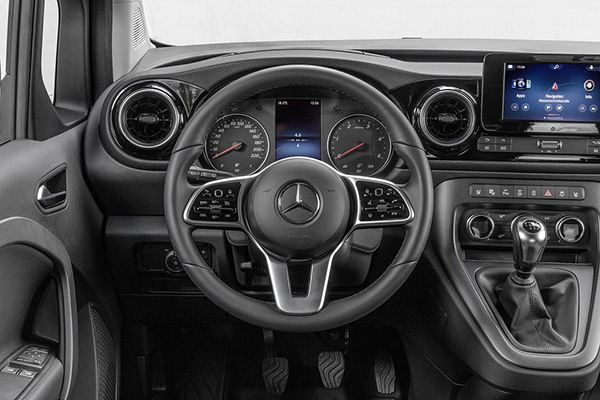 The cabin follows a similar recipe and offers just the bare minimum in terms of comfort, though Mercedes says the levels of noise are “exemplary” and so is the seating comfort. Depending on the trim level, customers will be able to order features such as automatic climate control, keyless entry and engine start, electric parking brake, and others.

As a typical small commercial van for the European market, the new Citan comes with an available diesel engine. It’s sourced from Renault and will be offered in three power stages – 74 horsepower (55 kilowatts), 94 hp (70 kW), and 114 hp (85 kW). All three variants will be offered for the cargo version, while the Citan Tourer will be sold only with the mid-range diesel. If you want a gasoline engine, Mercedes will offer you a 1.3-liter turbo unit with either 101 hp (75 kW) or 129 hp (96 kW).

The new Citan will go on sale in Europe in mid-September as an alternative to the Volkswagen Caddy, Ford Tourneo Connect, and the likes. The fully electric version will reach the showrooms in the second half of next year with a projected range of 177 miles (285 km) measured by the WLTP cycle.