It’s no great claim to fame but there’s no doubt that Mercedes has launched the poshest compact van-based MPV on the market with its new T-Class. The question now is will enough buyers in this utility and cost-conscious sector be happy to pay for the privilege? With UK specifications and pricing yet to be announced, the jury is out. If Mercedes can make the costs add up, the T-Class has a chance, matching rivals for refinement and practicality while eclipsing them with its premium polish. 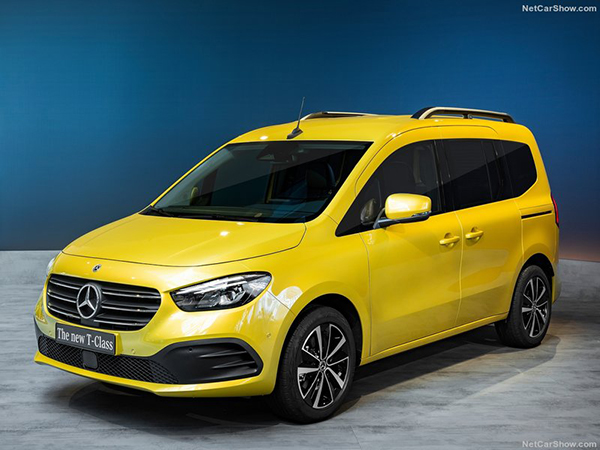 If the central appeal of a van-based MPV is the space and utility you get for a modest financial outlay, why would you spend thousands extra to get one with a Mercedes-Benz badge on the nose? This, it seems, is a big question circling the Mercedes T-Class, a practical people carrier based on the new Citan compact van which, in turn, shares a platform with Renault’s Kangoo.

Mercedes is confident that it has an answer that will resonate with buyers, namely that this particular van with windows and seats has had the full three-pointed star treatment. This is no cynical badge swap, says the Stuttgart PR machine, Mercedes engineers have had a hand in T-Class development from the outset.

Sound-proofing and the mapping for the engines and the seven-speed automatic gearbox have all come in for attention, as has the cabin – the design of which is probably the biggest single difference you’ll notice when comparing the T-Class to its Renault Kangoo MPV sister car. 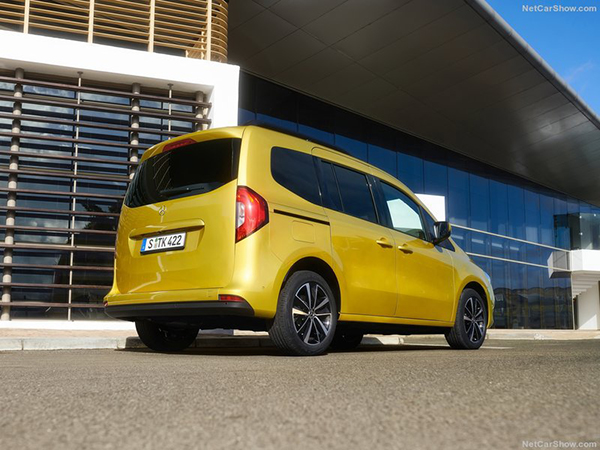 Every T-Class gets the German brand’s MBUX infotainment system, albeit with a seven-inch touchscreen that’s a tiddler by modern passenger car standards, while the materials you see and interact with most are a cut above the norm in this class. There are still hard plastics lower down on the dash, on the door inserts and on the centre console, but the steering wheel, gear shifter, instrument cluster and minor controls deliver the all-important Mercedes feel.

They need to, because you can bet that the Mercedes won’t be one of the cheaper van-based MPV options out there. UK specifications and prices for the new Citan and T-Class haven’t yet been announced ahead of its arrival in showrooms this autumn.

In Germany, we know the T-Class dips under 30,000 euros (£25,500) and that you’ll pay roughly 4,000 euros (£3,400) more to get into a T-Class than a Kangoo MPV, but that’s for the base-spec models. The T-Class comes better equipped as standard with a more premium feel and will surely deliver better residual values. It could well be that the costs stack up for the T-Class, but we’ll have to reserve judgement for now. 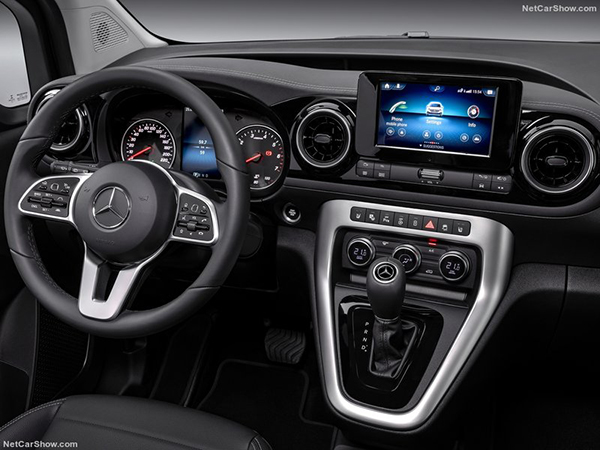 What we do know now is that from a practical perspective the new model has a lot to offer. Mercedes pitches the T-Class as a ‘small van for active lifestyles, and families needing lots of space will certainly find it inside. It’s being launched as a five-seater – a longer, more practical seven-seat version will follow in 2023 – but even the five-seat model has a 520-litre boot that grows to 2,127 litres with all the seats folded flat. Wide-opening sliding side doors aid access, as does the huge rear tailgate if you’ve got enough room behind to get it open.

In terms of space you can easily get a couple of adults in the back seats behind taller front occupants. Kneeroom is a little tight for someone six feet tall, but there’s loads of headroom for everyone, and the general airy feel that overhead space brings. Kids and smaller adults will have no problems at all for space in the rear where there are ISOFIX points on the outside chairs and room for a booster seat in the centre between two larger child seats.

There’s a central storage bin under the front arm rest, a couple of cup-holders, an overhead shelf at the front, door pockets and a glovebox, but storage options aren’t as plentiful as in the rival models such as the Citroen Berlingo, Vauxhall Combo and Peugeot Rifter. Mercedes has an impressive roster of accessories from bike racks to dog cages, as well as clever roof rails that transform into a roof rack, but we’ll have to see which are offered here. 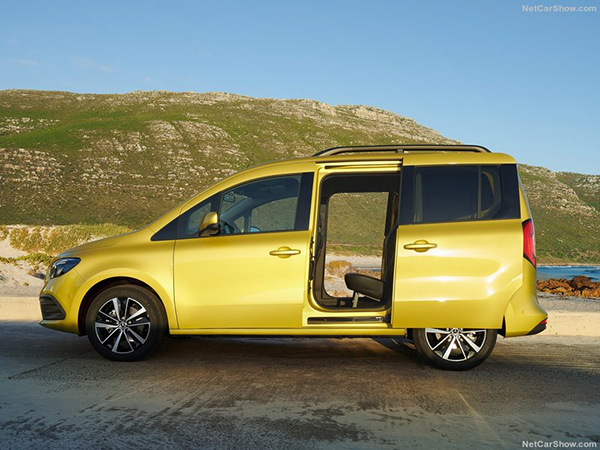 It’s likely that the UK market will feature an engine range made up exclusively of diesel units when the T-Class launches, with those options joined by the EQT all-electric version shortly afterwards.

We tried the more powerful 114bhp T 180 d diesel model with the seven-speed dual-clutch gearbox. This set-up is not fast – it takes 13.2 seconds to cover the 0-62mph sprint – but it is both smooth and impressively quiet below about 2,000rpm. Extend the engine and noise levels increase without much gain in performance, so it’s far better to let the gearbox shift up early and cruise around using the 260Nm torque, which arrives at 1,750rpm. The T 180 d will happily sit in sixth gear at 40mph, the gearbox reasonably quick to drop a gear or two when you need some extra shove. 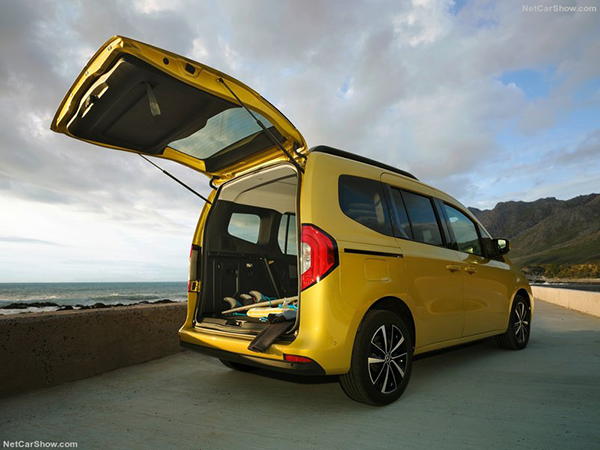 In terms of efficiency, the T 180 d will return up to 50mpg on the WLTP combined cycle with emissions of between 147 and 154g/km. Figures for the six-speed manual versions are virtually identical, but the 0-62mph time is actually slower, at 13.6 seconds.

The T-Class works well when driven in a manner befitting a van-based MPV. At motorway speeds it’s hushed with only the whistle of the wind around the A-pillars really interrupting your peace in the cabin, while the ride is smooth.

Around town, there’s noise from the suspension as it deals with the bigger bumps but the light steering and tight turning circle make for an easy drive – as does the all-round visibility afforded by the large glass area. It feels tall and a little unwieldy on faster roads where the imprecise steering makes the T-Class tricky to place on the road; the body sways through direction changes and sudden undulations can unsettle the suspension, although this should improve with a heavier load on board. It’s not the sharpest drive in the class but the target market is unlikely to care about that.