Summer road trips and camping adventures are not over yet as demonstrated by Germany’s soon-to-start Caravan Salon Düsseldorf (August 27-September 5, 2022). And, of course, Mercedes-Benz is eager to join the (Vanlife) party. 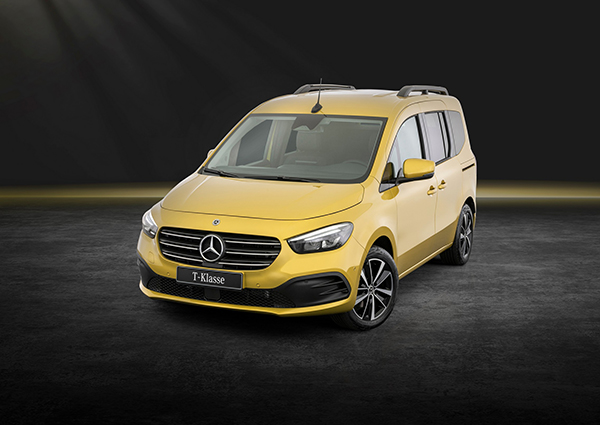 Back in April, Mercedes-Benz decided to split the second-generation Citan series into a commercial-focused panel van that would keep the original name and the new T-Class twin of Renault’s third-generation Kangoo, with both models based on the CMF-CD platform.

But even as we are dealing with an upscale leisure activity vehicle (and one with a shoddy reputation), it is rather hard for the automaker to make up new points of interest to keep the hype flowing. Luckily, with the summer (heat) still not over yet, the upcoming Caravan Salon in Düsseldorf, Germany, provided a great opportunity.

So, behold the official premiere of the all-new Mercedes-Benz T-Class with the Marco Polo Module that helps it join the Vanlife attitude without too much effort. According to the German automaker, this is a new entry-level model for the Marco Polo family, with the usual and popular V-Class Marco Polo now reinforced with a “future (…) flexible, easily installable and removable camping module, available ex-factory for the new small vans with the three-pointed star, including the new T-Class.”

This micro-camper arrangement includes a standard, folding bed unit (good for two people) that does not restrict rear seat usage when not needed. Then there is also an optional drawer-system kitchen unit with a “push-to-open and soft-close mechanism,” sink, 12-liter (3.17 gallon) water tank, 15-liter (3.96 gallons) refrigerator box plus a gas-cartridge cooker, and additional storage space for “cutlery, crockery, and food supplies.”

Of course, Mercedes-Benz did not forget about the bare camping necessities, and included with the module’s kitchen unit a couple of chairs and a table that “comes with two different feet, allowing it to be set up outdoors as well as mounted behind the center console in the new T?Class – a novelty in this segment.” By the way, pricing and availability will be announced towards the end of the year when the ordering process also kicks off.