Mercedes has teased an all-new model called T-Class: a vehicle it calls a “compact city van for families, active leisure enthusiasts and work”. 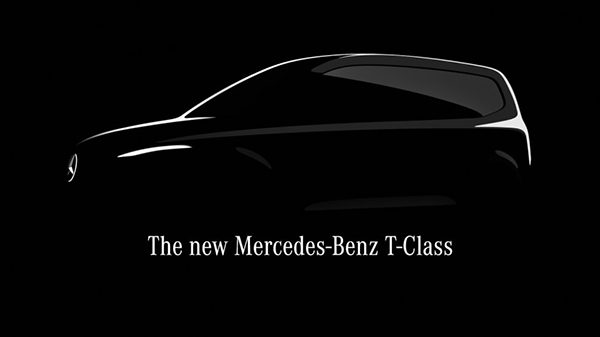 In reality, the T-Class will be a passenger version of the next-generation Citan small commercial vehicle, and will present itself as a more upmarket alternative to the Citroen Berlingo, Renault Kangoo and Volkswagen Caddy.

Due to hit showrooms in the first half of 2022, the new model will “achieve a fusion of functionality and desirability” according to Gorden Wagener, the Chief Design Officer of Daimler Group. Just one teaser image has been released so far: a sketch showing the silhouette of the new model.

While the van-like profile is clear from the image, the extra touches of light along the car’s flanks suggest that the T-Class will sport more defined shoulder line and wheelaches than is traditional for slab-sided vans. This goes some way to confirming the brand’s claim that, despite the van shape, it’ll be instantly recognisable as a Mercedes.

Though not shown in the image, Mercedes has confirmed that the T-Class will present access to the rear of the cabin through sliding doors on both sides. While no information about the interior has been revealed, Mercedes states that the T-Class will, in terms of safety and connectivity, “bear the DNA of Mercedes-Benz.”

The T-Class is being developed in cooperation with the Renault-Nissan-Mitsubishi alliance, so this model, like its commercial-based predecessor, will likely form the basis of both the next Renault Kangoo and the Nissan NV range, too.

The alliance also shares petrol and diesel engines – the 1.5-litre diesel and the 1.3-litre turbocharged petrol appear in the likes of the Mercedes A-Class, Renault Kadjar and Nissan Qashqai – so it is likely that those units will also feature in the T-Class. These combustion units will also be joined by a fully electric option.