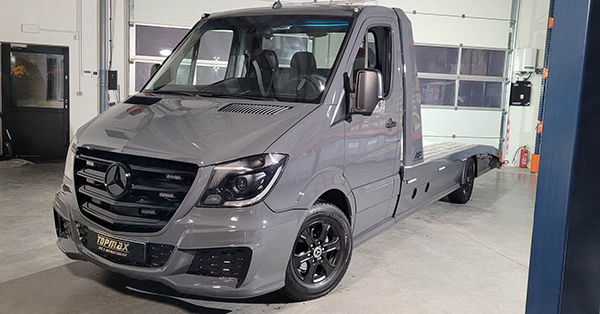 Here in the U.S., the Mercedes Sprinter van has become an incredibly popular entity for a variety of reasons, chiefly its utility and the fact that it makes for a pretty darn cool camper with the right equipment. However, some may not even be aware that you can spec a Sprinter in many other configurations, such as a box truck, or one with a platform body, stake bed, or even flatbed. That’s precisely what this utilitarian Mercedes Sprinter flatbed is, but the folks at ABT Drift Garage in Poland recently treated it to a very unique engine swap in an effort to extract more power from the big hauler. 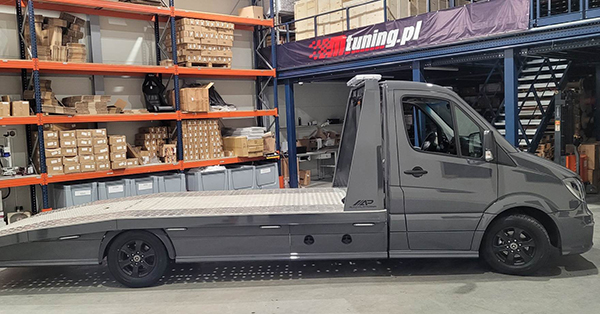 This Mercedes Sprinter flatbed came from the factory with the 2.1 L CDI inline-four engine producing a modest 161 horsepower and 265 pound-feet of torque, which isn’t exactly going to set anyone’s hair on fire. But then again, it’s not like many folks are out there drag racing these things. Regardless, ABT – which is no stranger to modifying Sprinter models – chose to go down a bit of an unconventional route by giving this one a modified, turbocharged BMW M57 diesel inline-six cylinder powerplant. 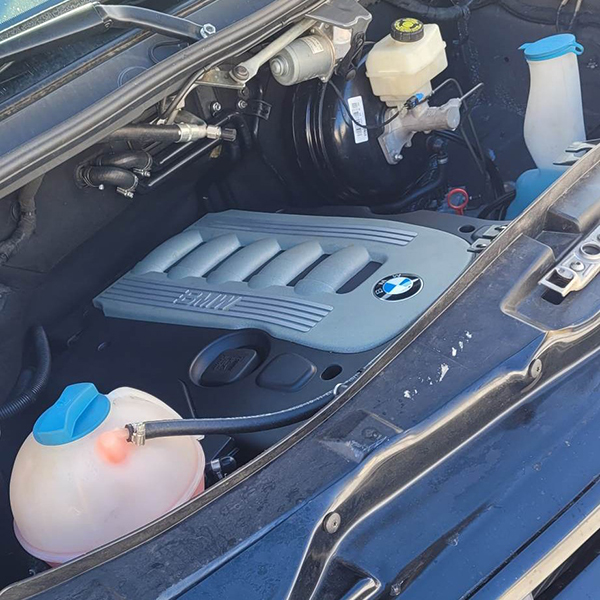 This particular engine isn’t stock by any means, however, as the team at ABT has treated it to an upgraded turbocharger from CR-Turbo, a 109 Performance ECU, and a downpipe from MJ Exhaust. The result is a much healthier 280 horsepower, which is sent to the wheels via a beefed-up ZF 8HP70 eight-speed automatic gearbox and a custom driveshaft fitted with a Turbo Lamik TCU and a PMC adapter kit. 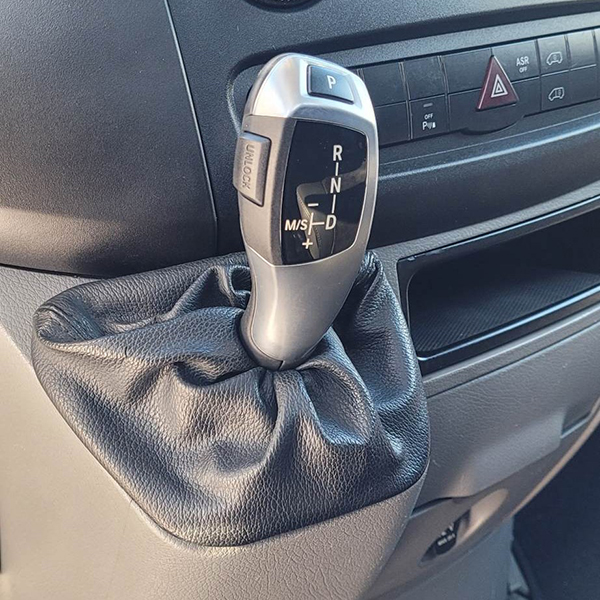 Sacrilegious? Most certainly, but this Mercedes Sprinter flatbed wears its swap with pride, BMW badge and all, while the shifter inside the cabin was also lifted from its donor vehicle. But regardless of how you feel about going with a rival engine to power this particular hauler, the rest of the build is quite simply immaculate, with a cool gray paint job, refinished frame and underpinnings, and blacked-out trim. For those that live in a place like Poland, where full-size trucks aren’t really a thing, we can certainly see the appeal in this kind of build – particular for those that want to stand out from the crowd.