Mercedes-Benz Sprinter van lineup continues to be popular throughout the world, including the US. But now there’s a problem. The Associated Press reports the National Highway Traffic Safety Administration (NHTSA) has opened an investigation into an unknown number of vans from the 2019 model year as to whether they’re shifting out of park and rolling away. The vans are used for Amazon deliveries and ambulance services. 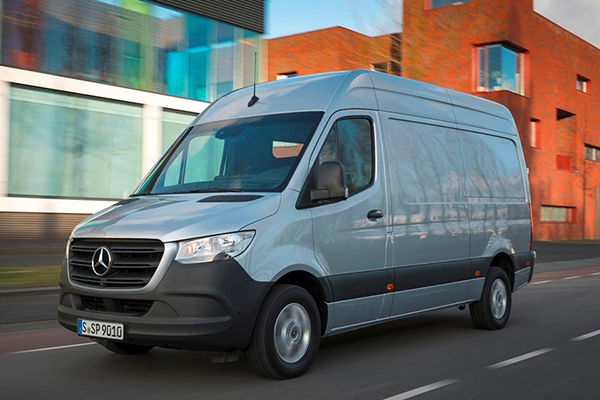 So far, the federal safety agency has received 11 complaints regarding this unexplained shifting that’s led to eight crashes and one injury. Also troubling is that some affected drivers are claiming the gearshift indicator shows the vans are in park and yet they are still coming out of gear and rolling.

It’s not only drivers that can be injured. For example, one case of a rolling Sprinter van involved it smashing into a house in Salt Lake City, Utah last September. No one was hurt in that incident. The sole injury occurred in Pittsburgh, Pennsylvania in February but no details were provided regarding the exact circumstances.

Mercedes confirmed the investigative probe and that it is fully cooperating with authorities. The NHTSA’s investigation remains ongoing and a recall has not been ruled out. Interestingly, the report makes no mention as to whether any similar incidents have occurred overseas, such as in Europe.

The latest generation Sprinter van, introduced for the 2019 model year, is built at a new factory in North Charleston, South Carolina. This probably explains why there haven’t been any known reported shifting problems in those other markets. Mercedes builds the Sprinter in Germany as well. Based on the available information, it sounds like the problem involves a miscommunication between the transmission and gear indicator. This could be either mechanical or software-related.