For more than 20 years, the folks in Stuttgart built sporty roadsters based on the C-Class chassis, finally killing off the SLC during the 2020 model year. The first of those cars to arrive on our shores was the SLK 230, which debuted here as a 1998 model. Its retractable hardtop established a trend for convertibles that only recently has ended as their complexity and weight (not to mention long-term maintenance) weren’t worth whatever benefits they possessed over increasingly improved cloth roofs. Nearly a quarter-century later, here’s one of those ’98s, photographed in a San Francisco Bay Area self-service yard. 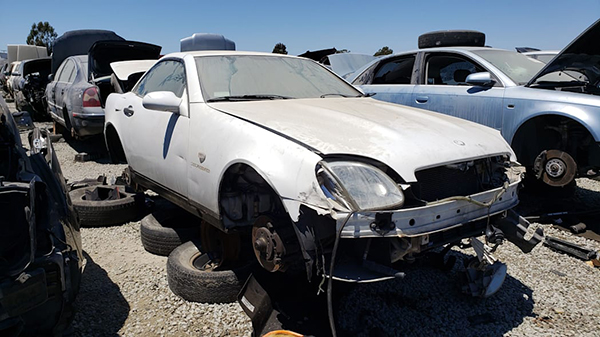 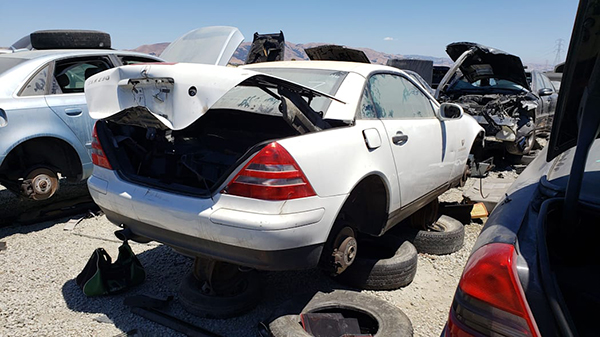 This 2.3-liter supercharged inline-four made 190 horsepower, which is about what the six-cylinder BMW Z3 produced. You could get this car with a manual transmission, but this one (like nearly all U.S.-market SLKs) has the automatic.

These engines are easier to find now than when I wrote the definitive guide to cheap junkyard superchargers, so I’ll need to pull one and learn its secrets. 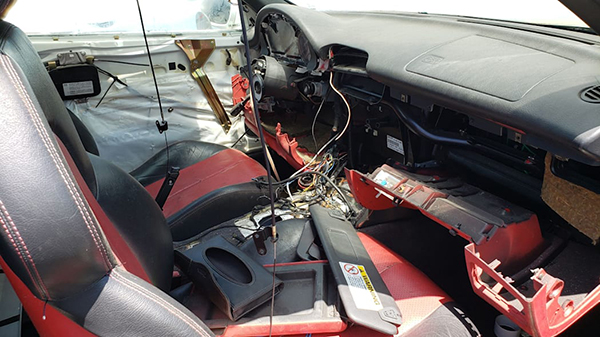 Later on, DaimlerChrysler used this car as the basis for the Chrysler Crossfire, which was available for the 2004-2008 model years (after the SLK had gone to a new platform).