With the renewed interest in rally-style restomods and retro-models, it can be hard to tell what was really a rally car and what has just been modified as fantasy fulfillment. This 1979 Mercedes-Benz 450 SLC 5.0 “Rallyewagen,” though, is the real deal. 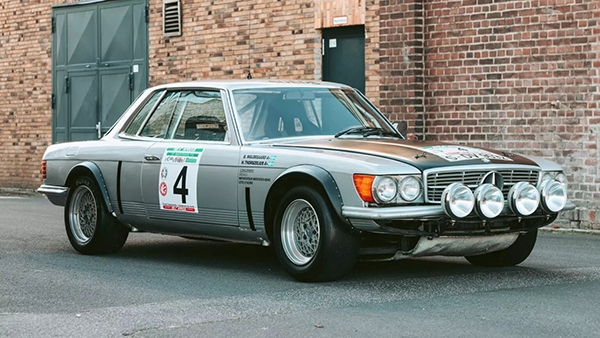 Built by Mercedes to go rally racing in the late ’70s, this particular model is chassis 836, the one that earned a second-place finish on the car’s first outing at the 1979 Bandama Rally Côte d’Ivoire. Driven by hot shoe Björn Waldegård and navigated by Hans Thorszelius, the car was one of four that earned Mercedes a historic 1-2-3-4 finish at the event.

Powered by Mercedes’ all-new, all-aluminum 5.0-liter V8, the 450 SLC 5.0 Rallyewagen became the first V8-powered vehicle to ever win a WRC event at that race. Oddly, but no less historically, it was also the very first vehicle to win one of championship’s events with an automatic transmission. 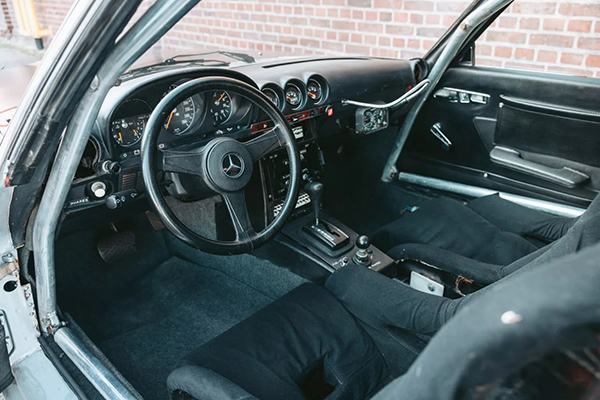 As you might anticipate, the transmission was specially developed for rallying, just like the rest of the car. Prepared by Dr. Erich Waxenberger, the rally car features alloy hood and trunk panels to save weight, additional engine cooling, a radiator that also served as a grille to protect the power steering system, and other modifications.

Only 19 examples of the car were developed for international rally racing, and just seven of those were badged as a 450 SLC 5.0, making this example a very rare car indeed. 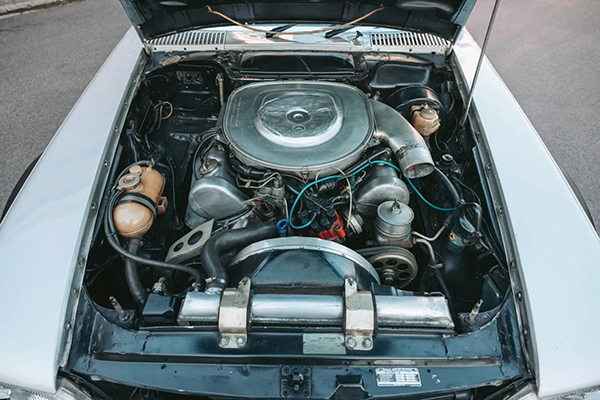 After this car’s first racing season, it was used as a training vehicle in Argentina and then, two years later, it was sold by the Mercedes works team to H. Beankens, a Belgian enthusiast. It then passed through several hands before winding up in its current owner’s collection in 1990.

Over the last 32 years, the car has been returned to its original Bandama Rally Côte d’Ivoire livery and carefully preserved. This sale comes with the car’s original German title and a document on Mercedes-Benz letterhead verifying its period race results.

The car is being sold through RM Sotheby’s at its Paris auction, which is taking place on February 1. As badass as it is historical, this could be the perfect addition to any motorsport collection.