Produced between 2013 and 2020, Mercedes-Benz’s flagship S-Class was, of course, treated as a natural leader of its class. However, some don’t need the bulkiness of a four-door limousine. And instead, want all the goodies packed in a sleeker profile. 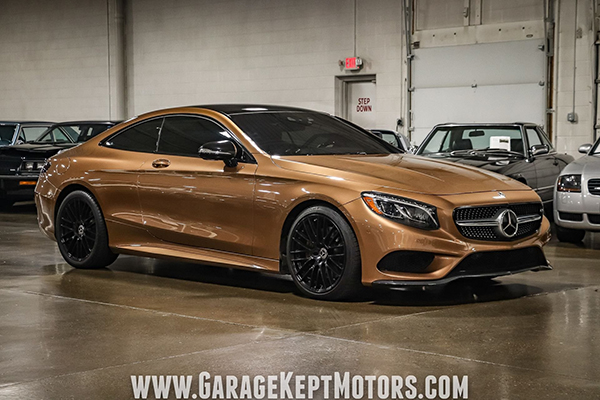 Virtual artists are currently trying to convince Mercedes-Benz of the renewed opportunity to make its latest and greatest W223 a Coupe once more – but we’re not so sure the premium German automaker will roll the dice once again. 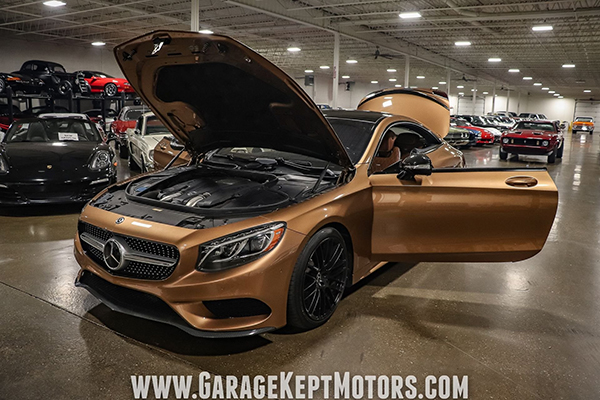 So, we are left with unfulfilled dream visions, as well as the used car market. Speaking of the latter, the inventory of Grand Rapids, Michigan-based Garage Kept Motors currently includes a (W222) 2017 Mercedes-Benz S 550 4Matic Coupe that looks both stylish and almost untouched. 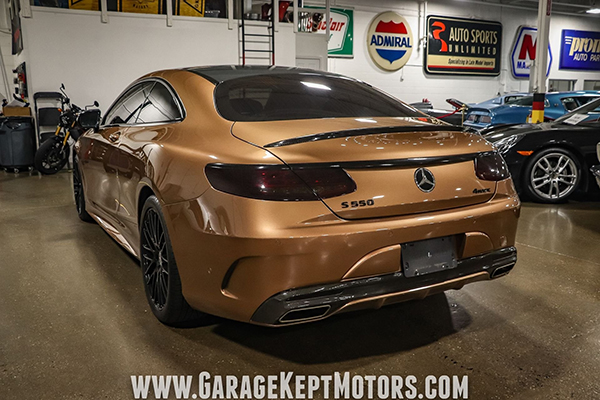 This large coupe has long represented the pinnacle of Mercedes’ two-door offerings, and, while it may not be as technologically advanced as the W223 successor, it still comes with all the bells and whistles of the predecessor’s non-facelifted version. 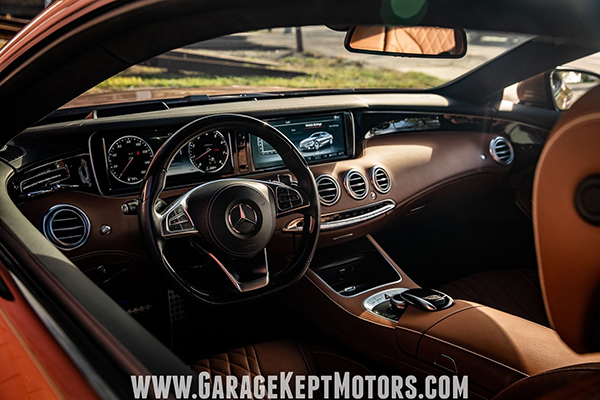 Of course, not to mention its personal highlights. Chief among them would be the color swap from the original’s Selenite Gray Metallic to a sweet, melancholy-inducing Golden Brown Metallic vinyl wrap. It’s complemented by contrasting blacked-out trim elements, 19-inch black AMG wheels, as well as neat carbon fiber bits exterior and pieces.

Moving inside, the S 550 Coupe shines color-matched with Mercedes Exclusive Sienna Brown leather and lots of black-contrasting surfaces. Oh, and just like any Benz that takes pride in itself, this unit also comes with a standard and options list that’s longer than one would dare to imagine.

But wait, because there’s more. Although produced for the 2017 model year, this example has only seen very light travel over the past years. As such, its odometer currently reads a mere 9,103 miles (less than 14,700 km). That’s very light stress on the feisty 4.6-liter V8 engine and its nine-speed automatic transmission, indeed.

Now there’s just a matter of accepting that a Mercedes-Benz – whether old or new, isn’t exactly an affordable catch. Therefore, one shouldn’t be too surprised with the asking price of no less than $109,900. After all, we have seen worse.