Considering how Elvis Presley owned more than 200 cars in his lifetime, it’s nearly impossible to keep track of all of them. But some do stand out, like this 1969 Mercedes-Benz he had for some eight years and is now for sale.

This is actually one of the two Mercedes-Benz 600s Elvis bought and owned, and clearly treasured. This one he got from Mercedes-Benz of Hollywood and used in Memphis, Tennessee, while the other he bought from Memphis and used in California. The latter sold in 2010 at Bonhams for £80,700 ($107,400 at today’s exchange rate). 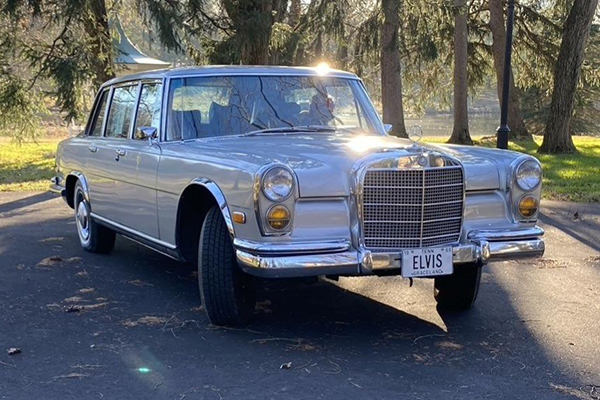 The former, which has been with the same owner for nearly two decades, is now under the hammer on Bring a Trailer, with bidding sitting at $185,000 and seven more days to go into the event. It is in impeccable condition, though it has seen some refreshments along the years and bears the signs of the passage of time. The owner says he chose not to repair many of those so as to not take away from the car’s personality.

Delivered to the King on December 15, 1970, this 600 remained in his possession for years. That’s a strange occurrence in and of itself since he was known to buy cars and bikes on a whim, use them for weeks, and them gift them to friends and acquaintances. Elvis parted with the 600 later on, handing it over to Jimmy Velvet, a longtime friend. After Elvis’ death, Velvet displayed it in his Elvis Museum. 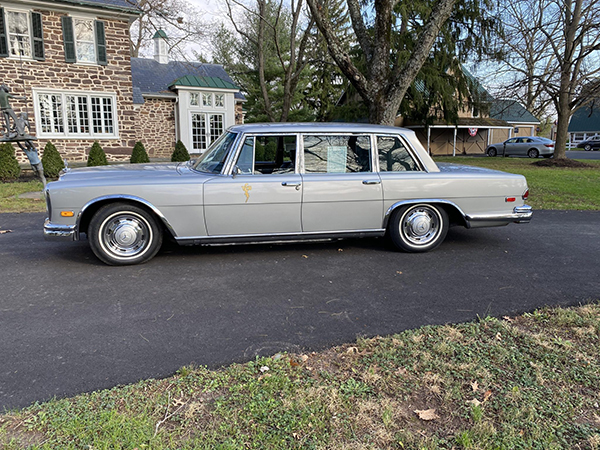 Under the ownership of the Dollar General CEO, the 600 received a considerable refresh on air suspension, braking, and exhaust. The current seller acquired it in 2002.

The car comes in factory silver over black leather, with gray carpeting. Elvis had the TCB monogram stamped on the front doors – TCB or Taking Care of Business (in a Flash) was the name of Elvis’ comeback band, also known as the Memphis Mafia. Two shot glasses are included in the refrigerated console between the front seats, and a separate TCB shot glass is part of the deal – the owner discovered that one in the trunk upon sale. 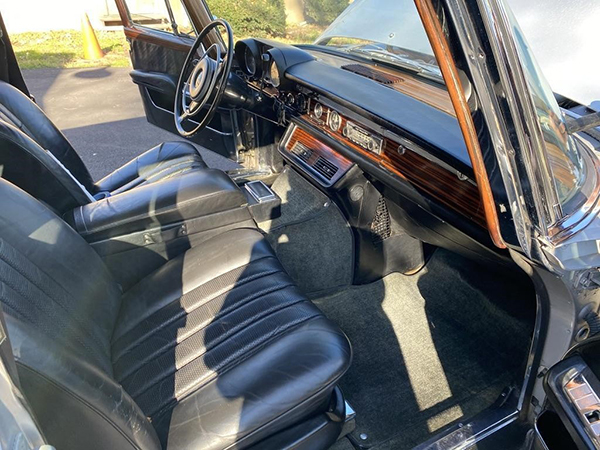 Powered by a 6.3-liter M100 V8 paired with a four-speed automatic transmission, the ride has over 60,000 miles (96,560 km) on the odo. It comes with hydraulically powered windows, separate front and rear AC settings, rear privacy curtains, and the aforementioned cooling console for drinks. Just don’t use it while driving.

In addition to pertinent paperwork, Elvis’ 600 comes with an array of Elvis memorabilia, including the TCB shot glass, an Elvis bust, stuff from the Elvis museum in Graceland, and newspaper clippings. In fewer words, this Mercedes-Benz is not just an incredible get of a classic ride, but also a must-have for any respectable – and wealthy – Elvis fan.