This extremely rare Maybach Xentac joined us from a good customer of ours for two reasons. First of all, we were tasked with perfecting its blue paintwork, and then more importantly we transformed the car with Rolls Royce Diamond Black TopazSkin!

It was back in May 2010 when German coachbuilder Xenatec unveiled a coupe conversion of the Maybach 57. Not to be confused with the radically styled Exelero one-off from several years before, the 57SC largely maintained the lines of the original car while adapting the body to the sleeker coupe profile.

When Xenatec introduced the car, the plan was to make 100 examples. However, now we’re hearing only six were ever made, and one of them recently stopped by Topaz Detailing. The high-end detailer from London had the pleasure to work on what could easily pass off as a 57 Coupe straight from the ill-fated Maybach standalone brand. 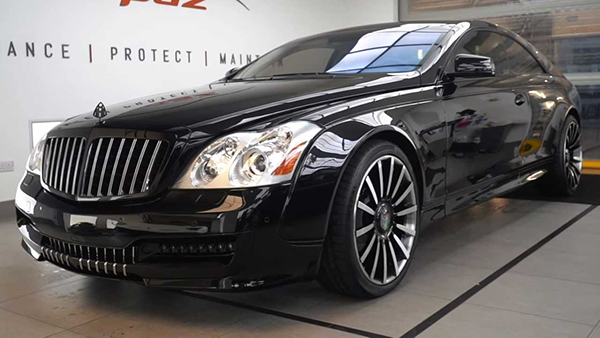 Aside from the usual tasks such as removing stone chips and applying paint protection, Topaz was also asked to fully repaint the remarkable V12 coupe. The OEM wheels also made way for a custom Forgiato to make the 57SC even more of an eye-catcher. The car’s owner also personalized some of his other prized possessions, including a Ferrari 812 he customized not once, but twice. The British detailer also worked on his Ferrari 488 Pista and an ultra-rare Mercedes-Maybach S-Class Pullman.

The in-depth video gives us a good look at the extensive process of painting each and every body panel, turning the exquisite coupe from blue to black. Topaz also spent a good amount of time freshening up the interior as years of use had taken their toll on the white leather upholstery. The trim pieces and basically all other surfaces were pampered as well to restore the original look of the long-roof Maybach. 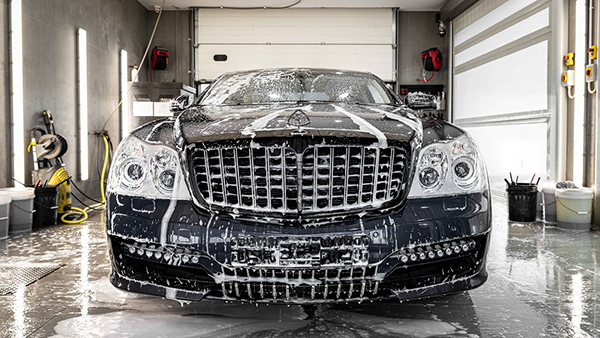 We’d argue it looks better in black now, although we would’ve kept the original Maybach wheels, but to each his own. Regardless of taste, there’s no denying the 57SC looks immaculate after receiving countless hours of TLC in exchange for what must’ve been a pretty sum given the attention to detail.

As a final note, it’s worth mentioning the car was actually designed by the same Fredrik Burchhardt who penned the Exelero.