While Mercedes keeps testing the new-generation E-Class, the rendering world has had its way with it several times by now, and we have even seen some of its secrets in a set of leaked images that came from China earlier this month. 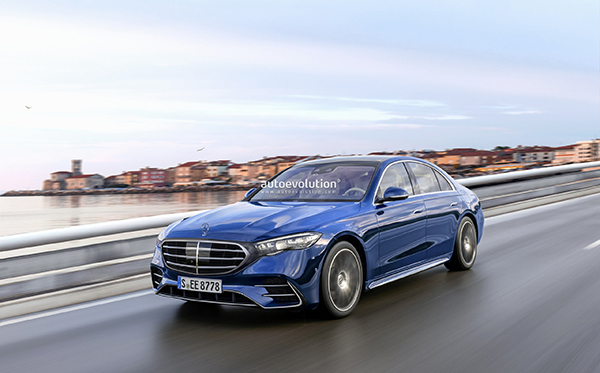 As for the latest CGI, it bears the signature of Reichel Car Design and builds on those leaks, and on the latest scoops, with a decent dose of ‘trust us’ incorporated into the styling.

The grille, with its three horizontal slats, and one vertical one in the middle, stays true to the images that surfaced online recently, and in this instance, it was bedecked by the three-pointed star logo on top of it. The side vents in the front bumper have a cleaner styling in the rendering, and the headlamps, with their intricate pattern, and incorporated DRLs, are almost identical to the ones of the real thing.

Other things that are spot-on are the creases on the hood, mirrors, flush-mounted door handles, side windows with chrome trim surrounds and blacked-out B pillars, and the lines running across the quarter panels and doors. Judging by the charging port on the left rear fender, we are looking at the plug-in hybrid variant, as the normal ICE-powered models will have a fuel filler cap on the right rear quarter panel.

It would have been interesting to see the Russian doll design out back, with the familiar taillights, trunk lid, and bumper free of camouflage, but unfortunately, this is where the digital artist drew the line. Still, it shouldn’t be long until we will lay eyes on it, with the rumor mill stating that it will premiere in the coming months, before arriving stateside as a 2024 model. Based on the MRA II platform in all likelihood, the new E-Class will be offered with the usual gasoline engines, as well as some electrified drivetrains and perhaps one or two diesels on the right side of the pond.