A very rare Mercedes-Benz 500 E Brabus 6.0 could not be sold at auction in the US after failing to meet the minimum asking price. The auction had reached only $ 65,000. 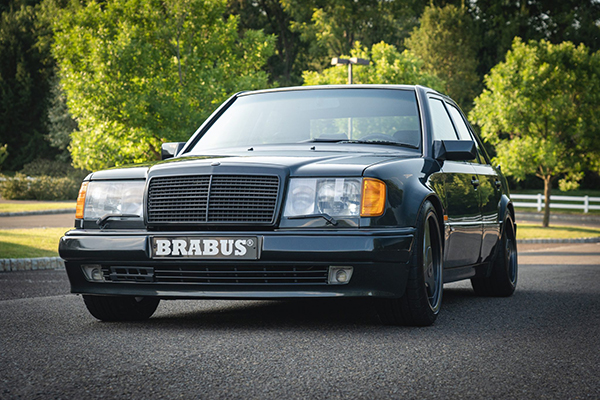 The Mercedes 500E is a performance version of the Mercedes W124 series being built between 1990 and 1995. It is known that the Mercedes 500E was developed in cooperation with Porsche who modified the chassis to integrate the V8 M119 engine from the Mercedes 500 SL (R129). The 5-liter V8 engine develops 326 hp and 480 Nm and is coupled with a 4-speed automatic transmission. 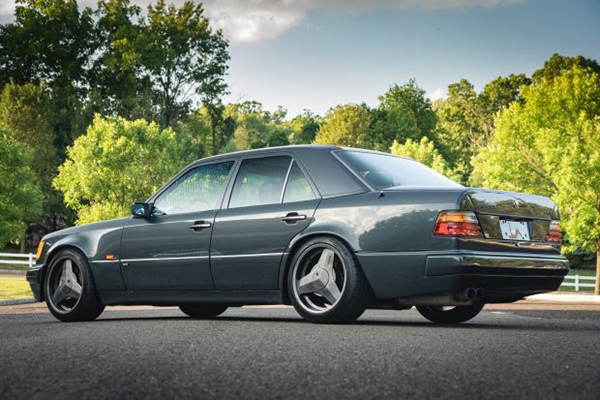 Porsche also assembled the car by hand at the Zufenhausen plant and the launch price in October 1990 was DM 134,250. This model was quite rare in the US importing around 500 units annually. 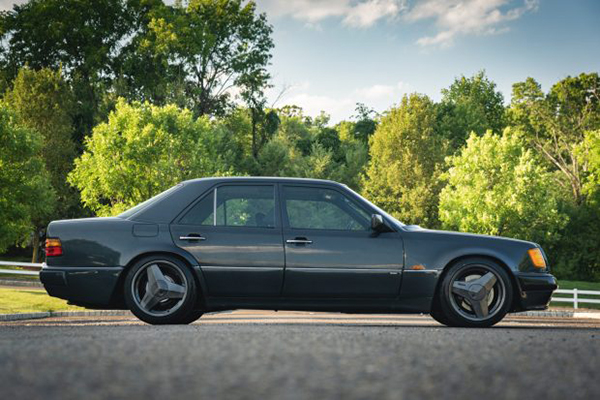 Even rarer were the models produced by tuners based on the Mercedes 500E. 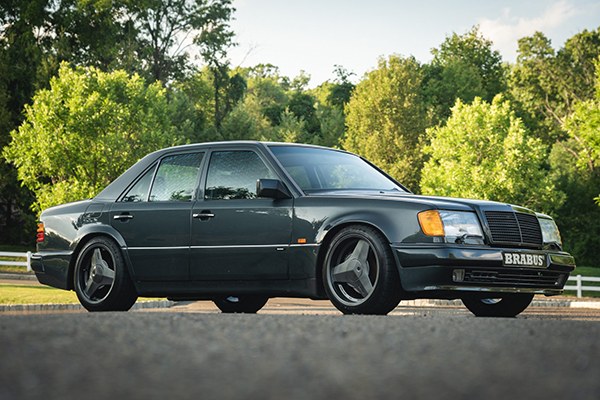 The best known was the Mercedes E 60 AMG produced in very limited numbers from 1994 to 1995. The 6.0-liter V8 engine develops 381 HP and accelerates from 0 to 60 mph in 5.3 seconds. The original models bore the code 957 in the VIN series which proves that it is an original model and the inscription M119 E60 written along the airbox. Subsequently, several 500E models were converted to E 60 but were not original. 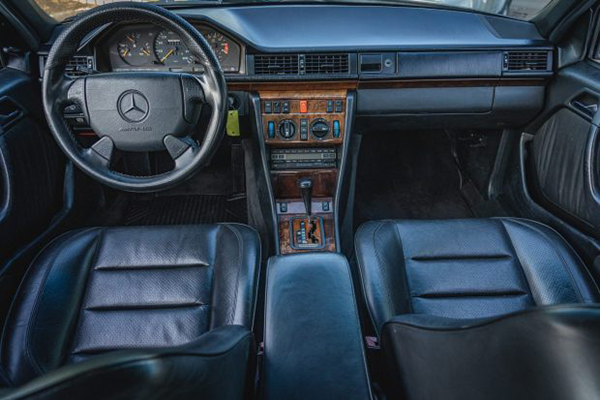 The V8 M119 engine was a good development basis for various tuners. There were 6.0-liter, 6.2-liter and 6.4-liter V8 versions developed by Lorinser, Carlsson and Brabus.

The Mercedes 500E Brabus 6.0 was auctioned in Pennsylvania, USA, but did not reach the minimum price requested by the seller, with the highest bid being $ 65,000. The model offered for sale was produced in 1991 and was modified by Brabus when it was new. It was originally delivered to Japan where it circulated for several years. In 2016 it was imported to the USA by the current owner. The WDB1240361B394195 body series model has lowered suspension, performance exhaust, Alcon front brake calipers, and 18 inch three-spoke wheels with 245/40 Cooper Zeon RS3-S tires. 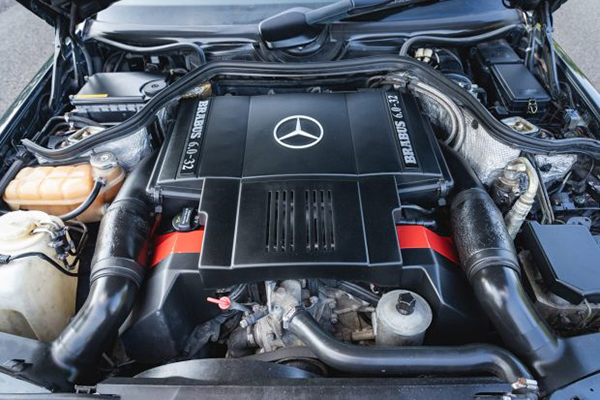 The power is sent to the rear wheels via a 4 speed automatic transmission. 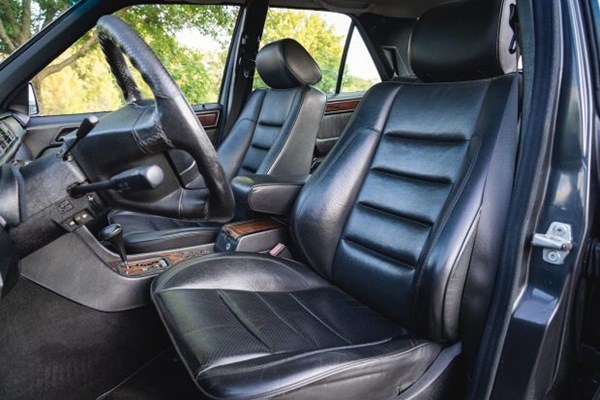 Additional features include automatic climate control, cruise control, a factory stereo system and heated Recaro leather front seats with memory. The cabin is upholstered in black leather with burl wood on the dashboard, center stack, and door panels. Instrumentation includes a Brabus-branded 300 km/h speedometer, a tachometer with a 6,000-rpm redline and a clock as well as gauges for fuel level, coolant temperature, and oil pressure. Car has 132,000 km on board (about 82,000 miles).