A big Smart crossover is all but revealed to the world, with reports of Mercedes’ intention to go big coming out as early as five years ago. Though not officially official, Daniel Lescow, Vice President of Sales, Marketing, and After Sales, has confirmed the project via interviews and LinkedIn posts. More importantly, Lescow disclosed that the Smart electric SUV will arrive in 2022, both for European and Chinese markets.

Now, more information arises about the upcoming Smart high-rider. A report from Autocar states that the Mini Countryman fighter will be revealed as a concept at the Munich motor show in September.

The new five-door model is, of course, a product of the collaboration between Mercedes-Benz and Geely. The two companies inked a joint venture last year, which revealed plans to save Smart from its dismal sales performance. The two companies reveal their global executive team, as well, with the sole intention to develop and produce the next-generation Smart cars. 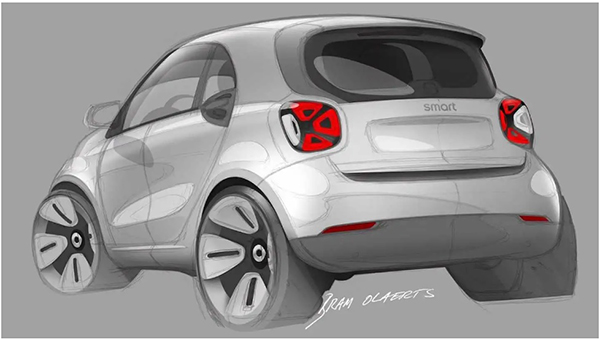 The new Smart SUV will have an internal codename HX11, according to Autocar’s report. It will be using Geely’s new SEA platform, which stands for Sustainable Experience Architecture. The said platform is said to utilize a rear-mounted electric motor, capable of producing up to 268 horsepower, drawing juice from a lithium-ion battery that has a capacity of less than 70 kWh. Reports said that it’s rated on the Chinese NEDC test cycle with more than 311 miles (500 kilometers) of range.

Mercedes is said to be responsible for the design of the all-new Smart model, while Geely leads the development and production. It will be built in China, as Lescow confirmed, but he hasn’t disclosed the exact location of the factory.

More details about the upcoming Smart SUV will be revealed in the weeks and months to come, Lescow promised, more likely leading to the concept’s debut.