Long before the Affalterbach brand became an integral part of Mercedes, only the finest Benz cars got the sought-after AMG moniker. Each and every one of them packed a big sonorous lump, and the best of the best (depending on whom you ask, of course) were marketed under the Black Series sub-family. 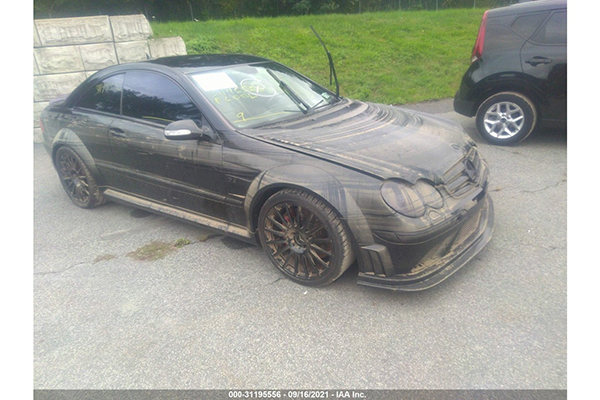 One of them was the Mercedes-Benz CLK 63 AMG Black Series, which caught the attention of some famous owners back in the day. Jeremy Clarkson had one, and he held on to it until 2015, sharing some of the less fortunate moments with his social media followers, like that time when he couldn’t open the doors because of the flat battery. 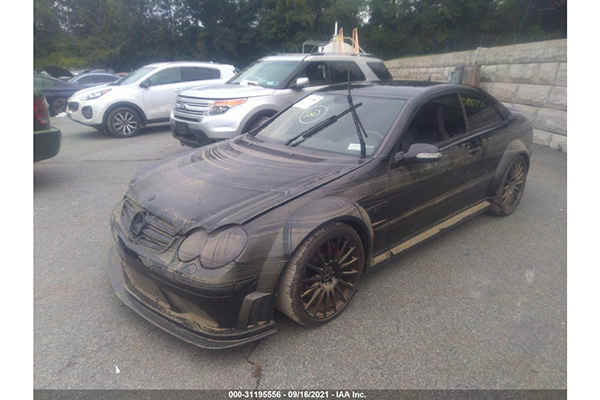 As for the pictured example, a 2008 model, it has many more problems, all of them caused by water. The iaai listing doesn’t say whether it was fresh or salty water that got the best of it, as each one comes with its own set of headaches, revealing only that it has a salvage certificate in California. The images basically speak for the sad overall condition of this once fine sports coupe, which is going to need much more than a wash to return to its initial shine. 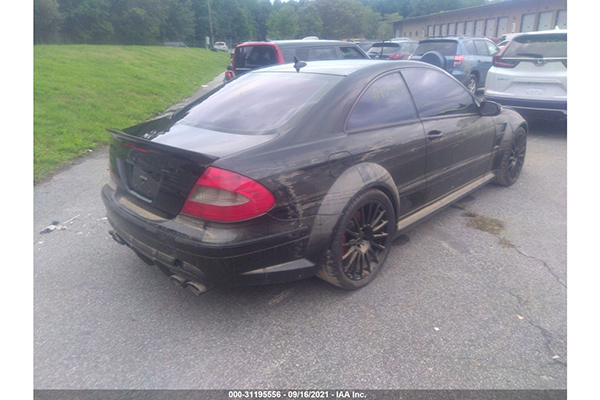 We’d recommend anyone interested in purchasing it to check it out in person accompanied by a trusty mechanic and to make sure that the oily bits can be rescued without spending a fortune. Speaking of which, the CLK 63 AMG Black Series uses a naturally aspirated 6.2-liter V8, making 500 hp and 465 lb-ft (630 Nm) of torque. It works in concert with a seven-speed automatic transmission, and rear-wheel drive, enabling a 0-62 mph (0-100 kph) acceleration in a little over 4 seconds. 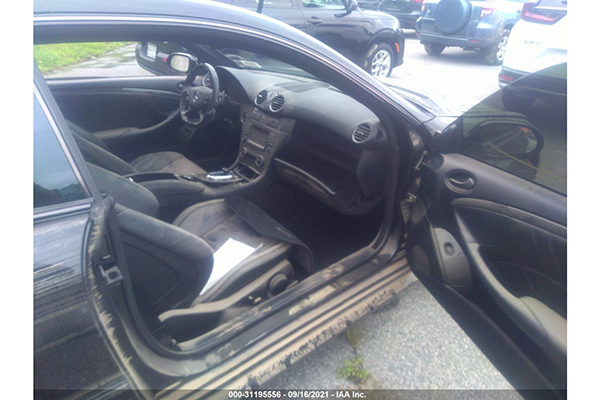 Pre-bidding is currently open, and at the time of writing, the highest bid was at $25,700, which is less than a quarter of a pristine copy’s value. The vehicle will go under the gavel next Monday, April 25, and you can check out the ad here.