Mercedes-Benz is no stranger to electricity, having experimented with various layouts for years. There were its all-electric vehicles prior to 1900 (from a predecessor company to Daimler), hybrid gas-electric buses in the 1960s, and the vehicle range you’re looking at here: the Mercedes-Benz 190 with an experimental electric drive. All came well before today’s modern “EQ” line of EVs. 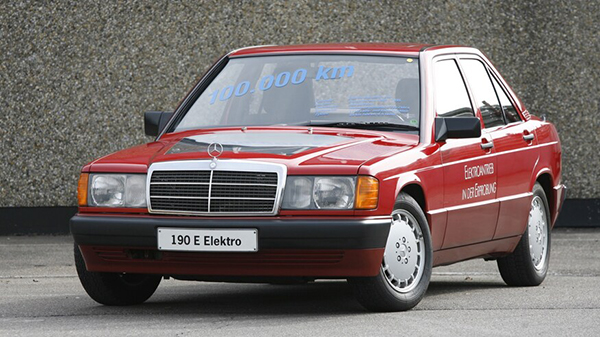 Mercedes actually built several of these vehicles as part of a larger German government experiment looking into the possibility of electric passenger cars. They weren’t exactly laboratory experiments, but they weren’t built with production intent, either. Mostly, the 190s were testbeds of various ideas. (Quick note: The regular, fossil fuel-powered versions of these four-doors were named 190E—so the E here wasn’t a reference to its electric power!) Size- and market-position-wise, these would have been the equivalent to today’s Tesla Model 3 sedan, and were loaned to residents of the German island of Rügen to drive like their normal commuter vehicles.

What was Mercedes hoping to discover? For one, there wasn’t a lot of information at the time about practical battery characteristics in a car. How would the batteries—not the lithium-ion units that would later power most modern EVs, but instead molten salt batteries of sodium-nickel chloride or sodium-sulphur composition—handle discharge and recharge cycles, as well as the vibration and temperature fluctuations found in normal driving? What sort of range, reliability, and energy consumption would they provide? 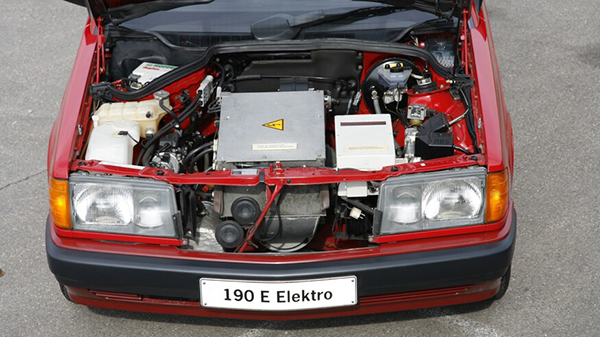 According to Daimler, the cars provided reams of useful data that were later used to create the company’s modern Electric Drive vehicles. You can say that the 190 EVs helped birth the Smart ForTwo ED and the B-Class Electric Drive—neither of which set the world on fire, but both served as important intermediate steps to the beautiful and compelling EQC, which manages to pair high technology with a delightfully old-school appeal.

But let’s be thankful the sodium-based batteries of the 190 were supplanted by lithium-ion chemistries. Sodium batteries must be kept at a high temperature to stay molten, and sodium itself spontaneously explodes when exposed to water. Sure, lithium-ion batteries are flammable, and can cause fires in certain circumstances, but they’re not full of molten, explosive sodium. Sheesh. 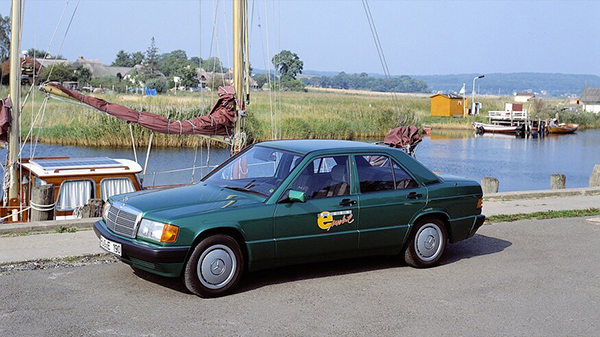 Still, the 190 experiment was largely successful. One of the compact sedans racked up a lot of miles, as many as 62,000 in a year. Daimler reports they were all relatively reliable in regular use—thankfully, no molten sodium explosions are recorded.