Spotted testing in Sweden recently was this Mercedes-AMG GT 73 four-door coupe, which our spies indicated was hiding a charging port in its rear bumper. With a plug-in powertrain bolstering the GT 63’s V8, the GT 73 could boast 800 horsepower (597 kilowatts) or more. 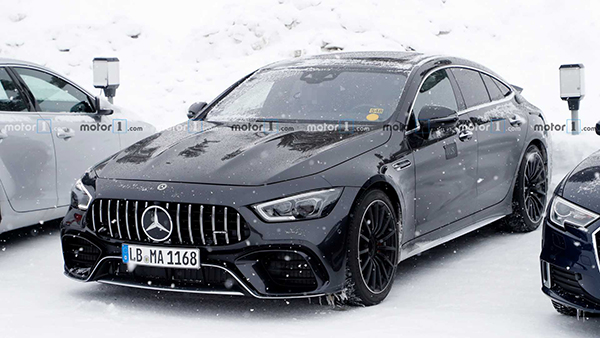 Undergoing cold-weather and winter testing, but wearing production-friendly bodywork, the Mercedes-AMG GT 73 in question looks almost like it’s ready to stroll off the assembly line. The front bumper and side skirts appear to have been lifted wholesale from the GT 63 S, and the rear bumper is identical but for the hidden charging port. As production-ready as it looks, we expect the Mercedes-AMG GT 73 to debut sometime this year, with deliveries beginning in early 2021. 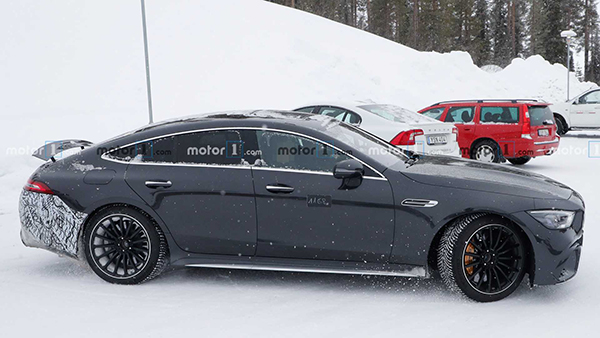 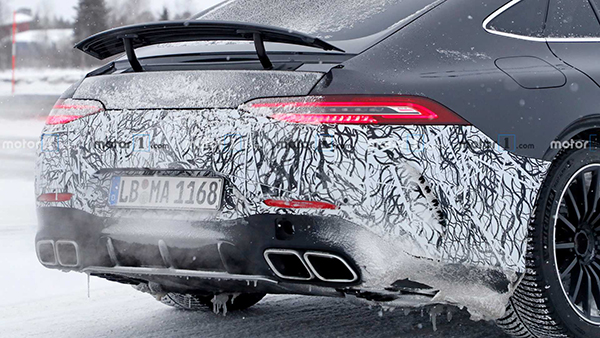 With 800 hp on tap, we’d expect the GT 73 four-door coupe to hit 60 mph in 2.5 seconds, with AMG Performance all-wheel drive keeping the tires planted as best it can. A nine-speed multi-clutch transmission likely backs up the powertrain, possibly with an electric motor embedded in the gearbox to provide a performance boost and smoother operation. A recent video posted by Mercedes-AMG teased the GT 73, its accompanying soundtrack suggesting the four-door will be capable of some electric-only driving when fully charged, possibly about 15 miles. 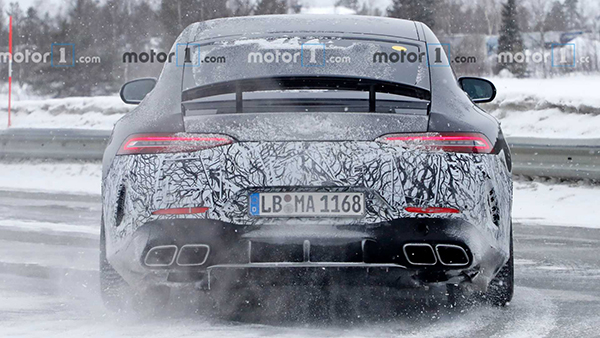 The Porsche Panamera Turbo S E-Hybrid will be the GT 73’s most natural competitor, offering less power but similar performance in a four-door hatchback package. The Panamera TSEH – this alphabet soup is getting ridiculous – sprints to 60 mph in 3.2 seconds, according to Porsche’s probably conservative estimates, and it offers an EPA-estimated range of 14 miles of electric-only driving. The government agency estimates 19 city/23 highway/21 combined miles per gallon of the Panamera, proving its hybridization strategy favors performance over outright efficiency. We’d expect the same of the Mercedes-AMG GT 73.