In its ambitious endeavor to electrify its vehicle fleet, Daimler Trucks has been working hard on its Mercedes-Benz GenH2 Truck prototype, conducting multiple tests of the fuel-cell heavy-duty commercial truck. Unfortunately though, up until now, all tests had to be carried out on the company’s test tracks, but that’s all about to change, as the GenH2 received a license for road use. 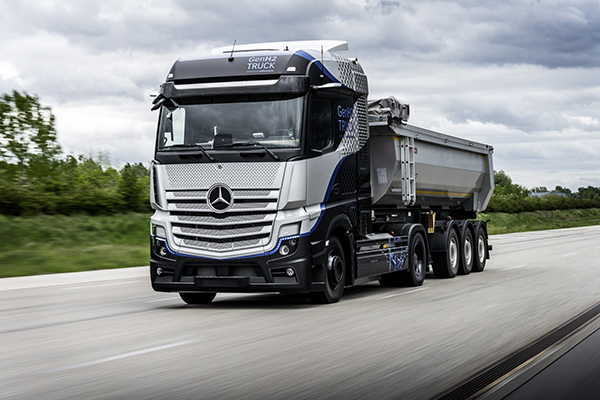 Although it only plans to start customer deliveries of the hydrogen-based fuel-cell truck in 2027, Daimler is working assiduously on taking the GenH2 out on the road, for real-life tests. And now it can, as the truck recently received approval from German authorities for use on public roads.

The massive vehicle has already accumulated thousands of miles up until now on the test tracks and now it plans to further increase those numbers on the B462 road near the German city of Rastatt. Moreover, Daimler plans to conduct comparative tests of the GenH2 to see how it stands against its other heavy-duty vehicle, the purely battery-electric Mercedes-Benz eActros, which is expected to drop much sooner. Daimler announced at the end of last month that the series production of the eActros will start this October. 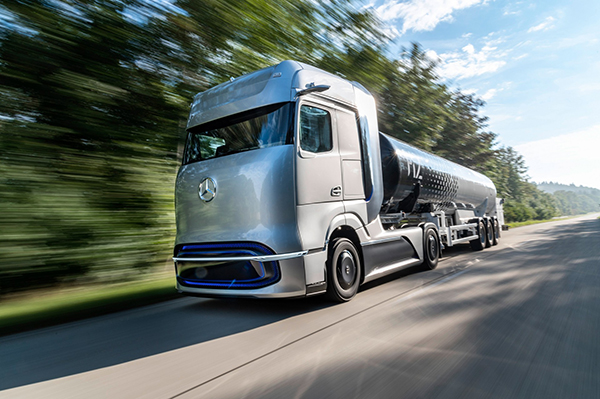 Back to the GenH2 Truck, the German manufacturer boasts an insane 1,000 km (621 miles) range for the heavy-duty vehicle, without any stops for refueling (in its series version). In comparison, the eActros will only offer a 400-km (around 250 miles) range.

The Mercedes-Benz GenH2 Truck can carry a load of up to 25 tons (50,000 lb) and has a gross vehicle weight of 40 tons (80,000 lb). It features a futuristic design and two liquid hydrogen tanks that will offer similar performance to conventional diesel trucks.

Daimler also announced that by 2039 it plans to offer only new vehicles that are carbon-neutral in driving operation (tank-to-wheel) in North America, Japan, and Europe.