Mercedes-Benz GenH2 truck is undergoing extensive testing as it’s getting closer to the production phase. In just a few years, this environmentally-friendly truck, which is just as powerful and reliable as all other Daimler models, will be hitting the road and attempt at changing the trucking industry. 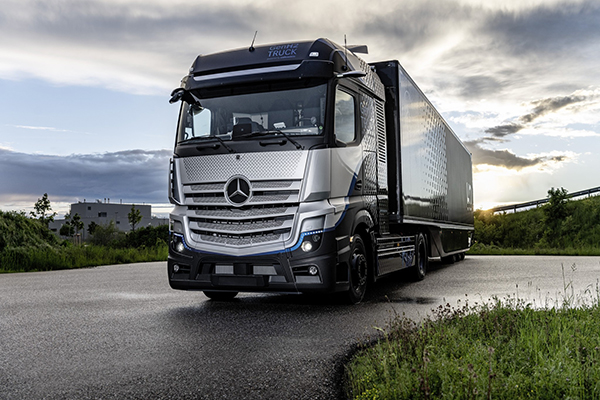 When Daimler decided to develop a next-generation, sustainable truck that would help reduce CO2 emissions, it also wanted to make sure that performance and safety levels wouldn’t drop. The new GenH2 truck had to be able to deliver almost 746.000 miles (1.2 million km) on the road over the course of 10 years and a total operating time of around 25,000 hours, like a standard Mercedes-Benz Actros truck. It was also built with completely new components, such as an all-electric powertrain plus the associated systems and the fuel-cell system. 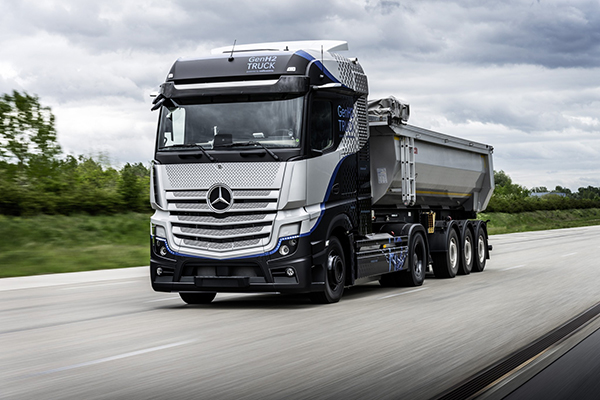 Unveiled last year, the new Daimler green truck is now proving its worth through a series of demanding tests. The GenH2 has already accumulated significant mileage since the end of April, when the tests began. It was even loaded with a payload of up to 25 tons (considering that is has a gross vehicle weight of 40 tons), in order to make sure it could withstand the vibrations caused by bumpy roads. And it also had to demonstrate its performance in extreme situations like various weather conditions or emergency braking. 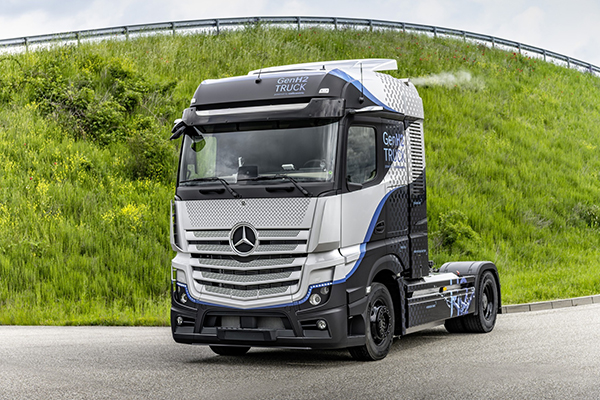 Another thing that Daimler experts are working on is tank technology for liquid hydrogen. The company’s next-generation trucks are powered by hydrogen-based fuel-cells. Compared to gaseous hydrogen, liquid hydrogen has a better density-volume ratio, which means that tanks that use liquid hydrogen can be smaller and lighter. This is why trucks that run on this type of fuel can have more cargo space and can also carry more hydrogen, which increases their range. The goal for the GenH2 truck is a 620 miles (1,000 km) range without stopping for refueling. 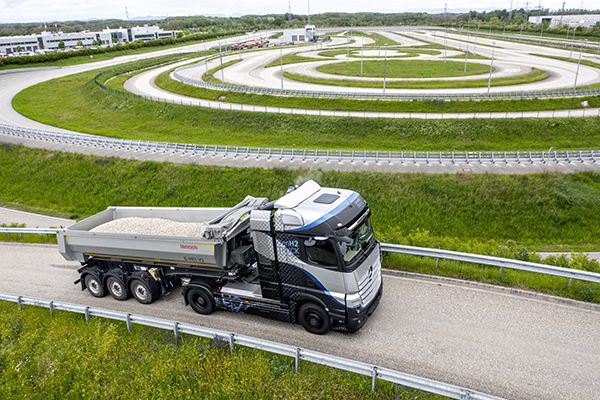 Daimler will continue with public road testing for its fuel-cell truck this year and with customer trials over the next few years. If all goes according to plan, the next-generation trucks will be officially on the road starting from 2027.