Modern Mercedes 560 sec-the rear! Yes or No?! I’ve done the front before, take a look at my profile to see it. 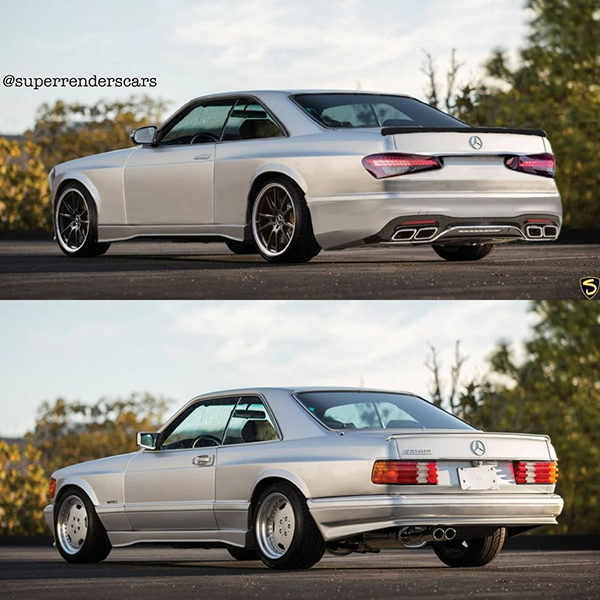 They say that certain legends are better left alone. But when it comes to virtual artists, it is always hard to make them understand certain boundaries should never be crossed. Especially if the first time they (almost) got away with it.

The pixel master tucked behind the superrenderscars account on social media is certainly no stranger to outrageous automotive creations. Luckily, unlike other virtual artists, his/her digital projects are always wishful thinking. So, purist feelings might be (deeply) hurt, but at least, no real-world cars suffer any imaginative transgressions.

That hasn’t stopped the CGI expert from coming up with lots and lots of ideas. Some are cool, some are quirky, others are darn right appalling. As always, beauty is in the eye of the beholder. Or at least the initial point of view. Anyway, the digital content creator – for one reason or the other – has recently started to pave the way for new POVs of past CGI creations. 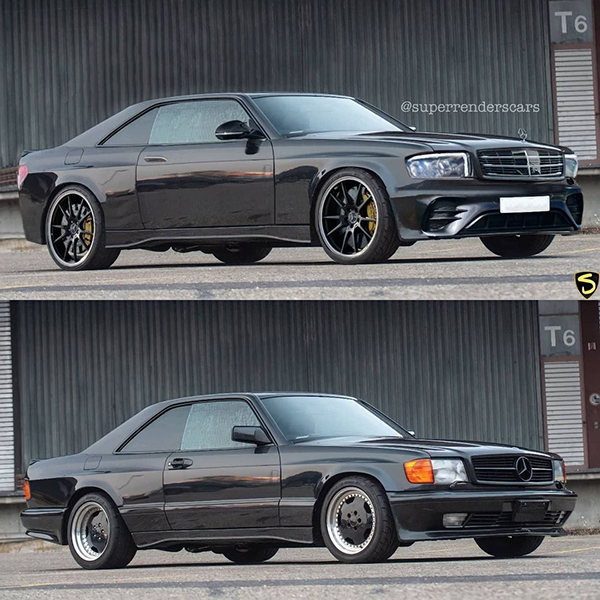 As such, after initially witnessing the decidedly American take of a 2022 Shelby Cobra that would hypothetically borrow design and powertrain cues from the 2022 Ford Mustang Shelby GT500, now it’s time for a European continuation. Of the reborn Mercedes-Benz 560 SEC that felt like German muscle car restomod material… or not.

Not everyone was quite happy with the way this vintage-modern take on a Mercedes-Benz S-Class Coupe came out in the first place. But that hasn’t stopped the virtual artist from outbidding the traditional front three-quarters POV. So, now we also have a modernized rear, albeit with a silver paintjob instead of an all-black “murdered-out” treatment.

Now, to be frank, it was not the paintjob switch that triggered the vastly negative reactions from the pixel master’s fan crowd. Instead, it was just about everything else, from taillights to its boxy styling. As always, to each its own, so let’s ask the same question as did the CGI expert: do you approve of the modernized design or not?