While Mercedes-Benz can pride itself on its S-Class series being a true legend, there is also a nuance. A positive one, concerning the fact that each underlying generation has at least something iconic on its own. 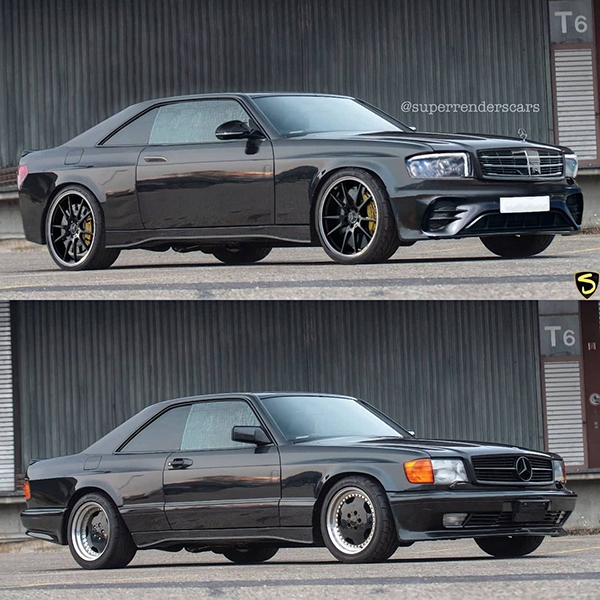 According to automotive history, the Mercedes-Benz flagship saga began way back in the middle of the 1950s with the arrival of the W180 “Ponton.” But we don’t need to dig up so much into the series’ past. Frankly, we’re not even concerned with the early 1970s arrival of the initial W116 S-Class.

This is simply because on this occasion we are focused on the second iteration and its renowned coupe derivation. Hey, this isn’t even about the first series, but rather the facelifted W126 trials and tribulations. More precisely, about the flagship 560 SEC model, one that could easily flaunt some 300 ponies and sprint to 100 kph (62 mph) in less than seven seconds.

With that in mind, it’s no wonder Mercedes-Benz styled this sporty coupe as something that looked feisty even when standing still, right? Jump back to the present day and its design still makes a splash, even in the virtual world. Surely, though, it has been modernized according to new standards by the pixel master hiding behind the superrenderscars account on social media.

And although it’s entirely funny to think that fellow CGI expert Rain Prisk might have seen the same image a while back, this digital vision comes along the line of an American muscle car restomod more than anything else. Sure, perhaps it’s the original’s traits that allow for such a preposterous “German muscle car” supposition. Who knows? After all, beauty is always in the eye of the beholder.

Now, with that being said, I really can’t help but wonder what purists might have had to say if the artist shared my opinion… And if he would have further asked his followers to approve/disapprove this ride with something along the lines of a Hellcat swap! Stylish and outrageous at the same time, what a potential dream combination!