The base S-Class in W223 flavor is by no means slow or underpowered, regardless if we’re talking about Europe’s S350d or North America’s S500. That being said, Mercedes wants to cover all the bases by offering an extended lineup to suit a variety of preferences and budgets, therefore a new AMG derivative is in the making. 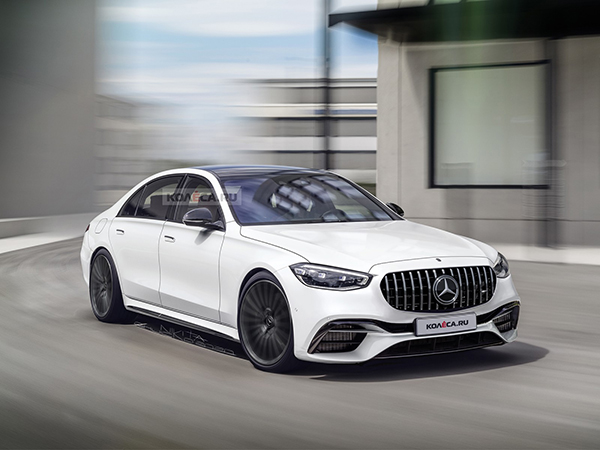 The same holds true for other models carrying the three-pointed star. Want a compact hatchback with 416 horsepower? Enter AMG A 45 S. In the market for a midsize SUV with coupe styling and loads of power? Check out the 603-hp AMG GLE 63 S Coupe. We could go on forever, talking about the CLA45 Shooting Brake, GT 4-Door Coupe, and C63 Convertible.

Despite the SUV-hungry market, Mercedes-AMG is confident there is a market large enough to justify the development costs needed for a high-performance sedan. The S-Class remains the quintessential flagship for Daimler and the head honchos are pulling out all the stops for the revamped luxobarge. While the AMG S65 and its V12 will not return, the Germans are still planning two AMG variants of the S-Class.

The first will be an S63e that our spies caught undergoing testing earlier this week for the first time. Notice the “e” in the car’s name? That’s because rumors say it will have a hybrid V8 setup with somewhere in the region of 700 horsepower. Our pals at Kolesa have speculatively rendered the electrified sporty sedan using as foundation spy shots of disguised prototypes. 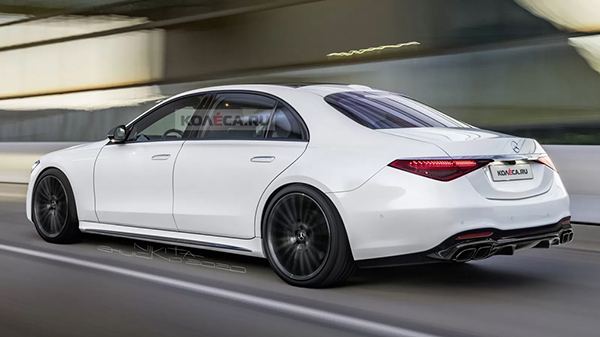 It has that low-key performance look you’d come to expect from a full-fat AMG, although the Panamericana grille and quad exhausts are dead giveaways this isn’t a mere S powered by a diesel or a small gasoline engine. Larger air intakes at the front and a discreet rear diffuser are also cues reserved for the top-tier model, which will likely ride a bit lower on larger wheels.

We’re expecting the wraps to come off sometime next year, possibly in the first half. Further down the line, the S-Class family will be extended with a yet-to-be-confirmed S73e equipped with a higher-specification electric motor taking combined output to an estimated 800 hp. You’ll only be able to get the AMG S with four doors as the S63/S65 Coupe and Convertible will not be renewed.

Should you prioritize cylinder count over everything else, the twin-turbo 6.0-liter V12 will soldier on in the new S-Class, both only in the ultra-lux Maybach where it will be linked to a 4Matic system. The model carrying the double M emblem is expected to debut next month.