The fuzzy dice are long gone, though the latest Mercedes-AMG S63e test vehicle hasn’t lost its last bit of camouflage. The large hybrid performance sedan was first spotted a year ago wearing a full-body camouflage wrap. However, subsequent spy shots showed the model quickly dispelling any unnecessary coverings, only hiding the AMG-specific bits. The latest spy shots, from our friends at Motor.es, show the S63e hiding its front and rear fascias. 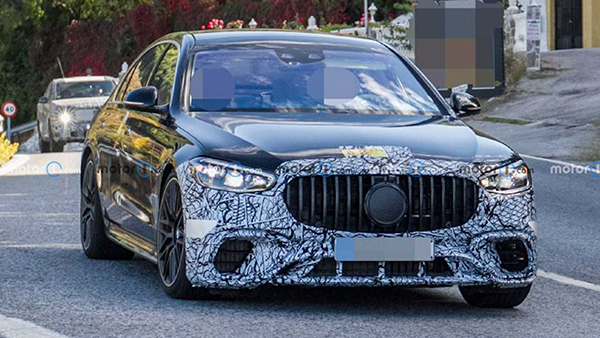 The S63e (name not confirmed yet) can’t hide AMG’s Panamericana grille, lowered ride height, or larger air vents. It’s difficult to hide the quad exhaust and its bigger brakes, too. Those will be the most noticeable exterior design upgrades over the standard S-Class, though the bumper will receive tweaked styling, too. The dual rear fender caps for the gas and hybrid plug are not visible in these spy shots. 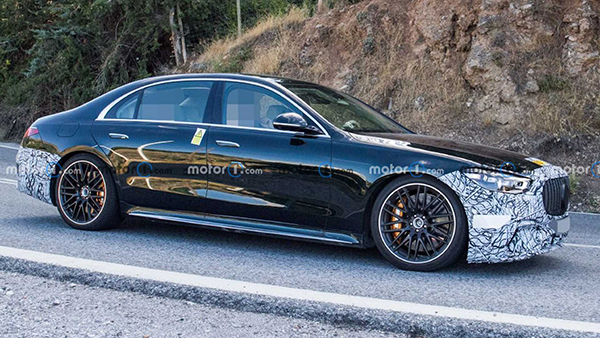 Details about the sedan’s powertrain, much like its name, remain a mystery. The latest rumors point to Mercedes pairing a twin-turbocharged V8 with an electric motor. The combined output is estimated to be over 700 horsepower (514 kilowatts), though there are rumors of an even hotter variant making as much as 800 hp (588 kW). It’d make for a worth S65 successor and could potentially be called the S73e. An automatic gearbox will channel power to the sedan’s all-wheel-drive system. 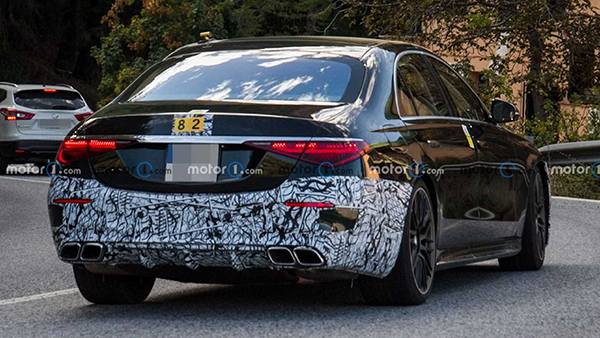 Mercedes hasn’t said when it’d reveal the AMG S63e, though the car certainly looks ready for production. We expect a debut soon as the model should arrive in time for the 2022 model year, though new car production is struggling among the ongoing chip shortage. The AMG S63e should feature the best of the company’s features and amenities, too, including the latest tech and AMG touches throughout the interior. The hotter S-Class is expected to go on sale sometime next year.