Mercedes is preparing to unveil a new AMG variant of the latest S-Class limo. These spy shots offer our first look at what we anticipate will be a V8-powered, plug-in hybrid S 73 e model. We expect it’ll reach the UK market late next year, where it will act as a direct competitor for the BMW M760Li, Audi S8 and Bentley Flying Spur. 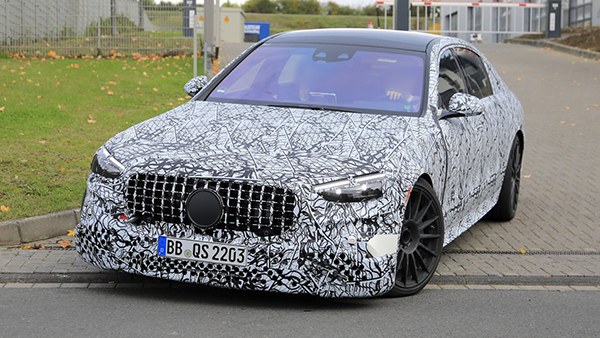 This prototype is still heavily camouflaged, but there’s a few tell-tale signs that give it away as the new AMG version. There’s a slightly more aggressive front splitter, broader side skirts, flared wheel arches, larger drilled disc brakes and, at the rear, a squared-off quad-exit exhaust system – which is a trademark of every range-topping AMG model. 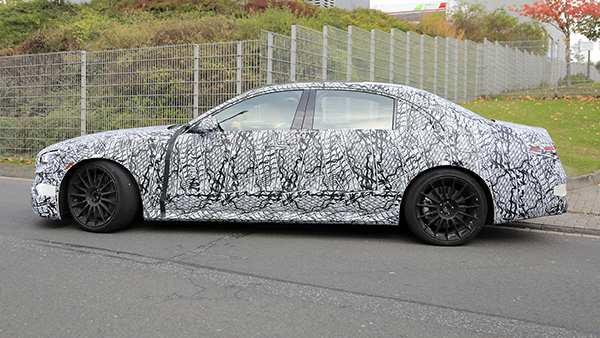 What’s more, this test mule features two filler doors – one to house the fuel filler nozzle and one to house a charging socket – which further points towards this being a plug-in hybrid model. Mercedes has already confirmed that a V8-powered plug-in hybrid S-Class is in the works, and that it’ll be capable of travelling up to 62 miles on electric power alone. 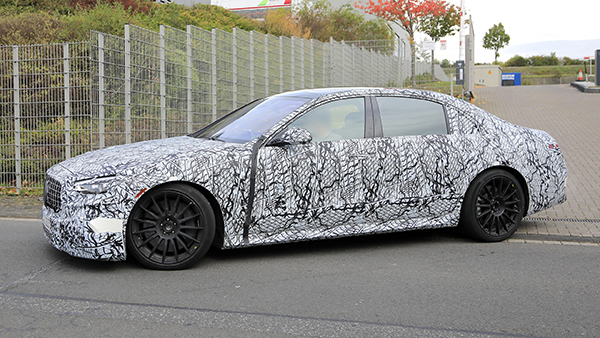 Mercedes is yet to confirm any details about the AMG S 73 e’s powertrain, but we expect it’ll be based on the same twin-turbocharged 4.0-litre V8 engine found in the AMG GLS 63 – which is capable of generating 603bhp and 850Nm of torque on its own. Earlier rumours regarding the development of the new 73 e powertrain have hinted at a combined petrol and electric power output in excess of 800bhp. 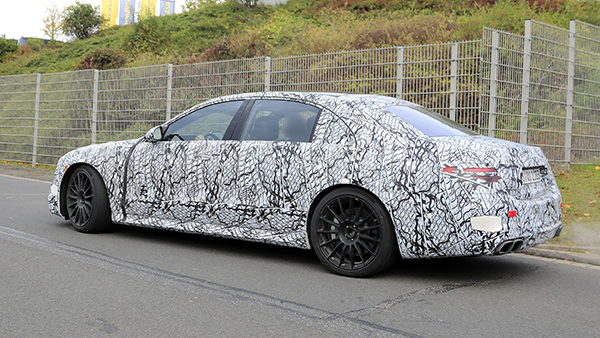 Like the GLS 63 and the standard S-Class, the combustion engine will also send drive through a nine-speed automatic gearbox to all four wheels, although it’ll be supported by a lithium-ion battery pack and electric motor mounted somewhere along the drivetrain. 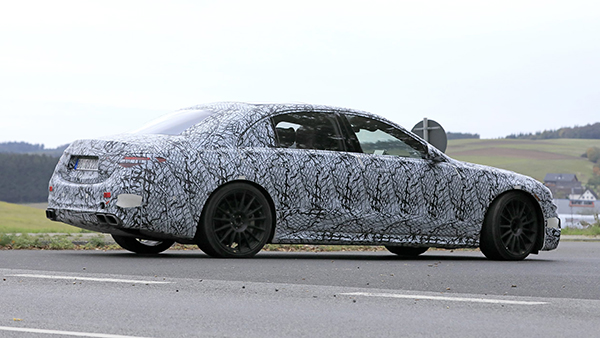 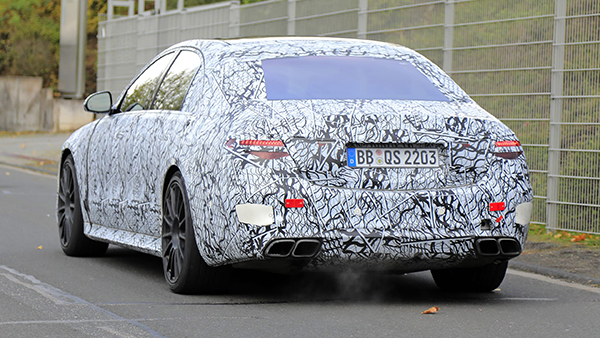 The interior design of the new Mercedes-AMG S 73 e shouldn’t stray too far from the standard model. Major changes will likely include more heavily bolstered sport seats up front and a slightly tweaked sports steering wheel. The standard S-Class’s 12.3-inch digital instrument binnacle and 12.8-inch infotainment system will be shared between the two cars – although the AMG model will likely feature unique graphics.