The Mercedes-Benz driving simulator has been in service for ten years. A decade ago it began operating in the company’s Technology Center in Sindelfingen. 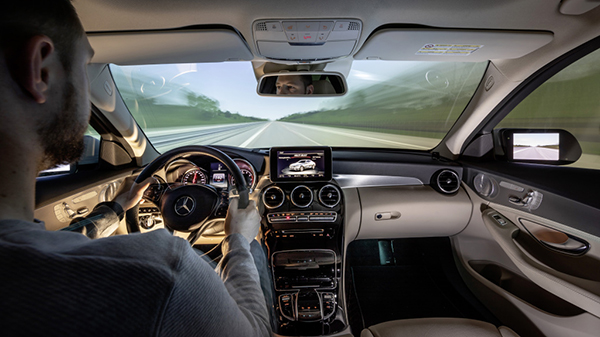 The simulator in Sindelfingen, ahead of its time ten years ago, still continues to be one of the world’s most modern simulators. 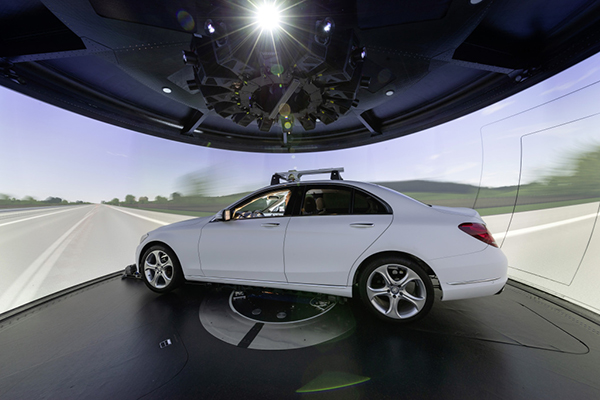 It features a 360-degree screen. The bubble cabin runs along a twelve meter long rail with speeds up to 36 km/h, in order to check transverse and longitudinal movements. It can realistically simulate just about any road or track situation. Digital prototypes of future models undergo tests in there even before the actual vehicle exists. But the real car in the virtual world is a randomly chosen vehicle cab.. the cell is a hexapod, mounted on six moveable supports.

Engineers carry out some of the tests for the S-Class saloon, in order to develop the Drive Pilot features. The luxury car will be capable of driving in conditionally automated mode in high-density traffic situations or in tailbacks along some autobahn sections in Germany. The experts in safety can set up situations in which the driver needs to take over control rapidly, without putting anyone in danger. They can thus measure the driver’s reaction time and the interaction level with the car. 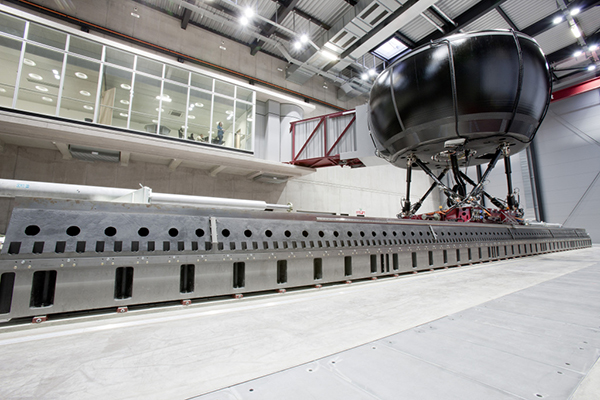 Not much is onboard the simulator. There are just touch controls, the pedal cluster and the Start switch. The tester will only sit an put on the smartglasses. Experts set up and program everything from outside.

For the first time, the simulator can now work on parking situations. The smartglasses track the tester’s eye direction and the system adapts the mirror image accordingly, displaying other vehicles, as well as pedestrians.