Now, Drake has a new music video for “Sticky,” and it features another nod to his friendship with late Louis Vuitton artistic director Virgil Abloh, who also gave a makeover to his jet, Air Drake. The video includes Project Maybach, the most luxurious off-roader yet, and half of it looks like a car commercial.

The off-roader is a collaboration between Abloh and Mercedes-Benz Chief Design Officer Gorden Wagener and it’s every rich person’s dream car, screaming opulence from every angle. In “Sticky,” Drake uses it to go fishing.

Project Maybach is a high-ride two-seater coupe with a two-tone exterior and tan leather interior. It’s very long, measuring 6 meters (19.6 ft), and looks very imposing, with a square front end. The hood is transparent, showing the solar cells underneath, used for boosting the Maybach’s range. 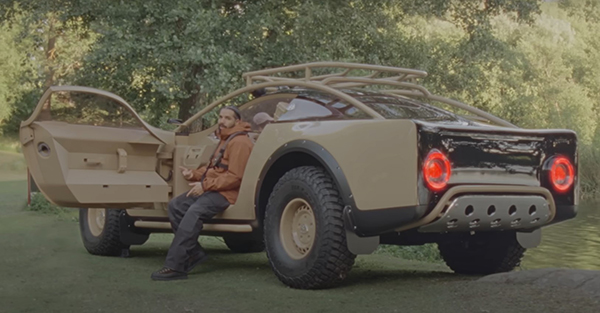 Drake’s song features a nod to the electric off-roader and Virgil, with the artist rapping: “The toughest act to follow’s back on tour / Off-road Maybach, Pyrex trap / Virgil came back through the boy, damn.”

Mercedes-Benz took its collaboration with Abloh to another level, creating a limited-edition Mercedes-Maybach S-Class with a two-tone finish, Obsidian Black used on the top and sand hue on the lower parts. The brand will create only 15 such units, all in the S 680 version, with a V12 under the hood. And knowing Drake, he might get this one, too.