Maybach used to be more than Mercedes-Benz’s ultra-luxury division. Until 1960, it made opulent cars and engines. After Daimler acquired it, it went into oblivion until 2002, when Daimler tried to challenge Rolls-Royce and Bentley until Maybach’s demise in 2012. To celebrate 100 years, Maybach will present a concept on December 1. 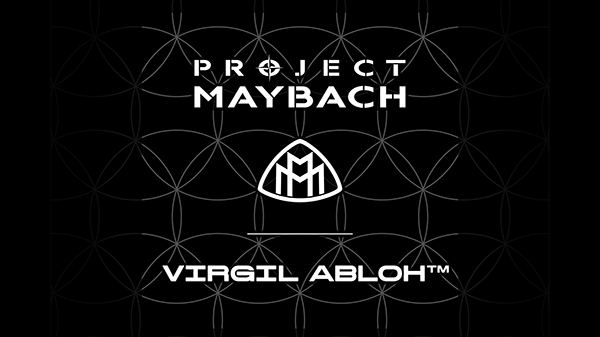 Mercedes revealed the Maybach EQS concept at the Munich Motor Show last month. And that is far from being the last creature of its kind. Another electric Maybach concept will be out in broad daylight on the 1st of December.

The company refers to the show car as Project Maybach. All we know so far is that the Mercedes Chief Design Officer since 2016, Gorden Wagener, teamed up with the American fashion designer Virgil Abloh.

It is not the first time they work together. The Project Gelandewagen was their take on the G-Class. Now it is the 100th anniversary of the luxury sub-brand that inspired the two.

Virgil Abloh boasts a background in civil engineering and architecture. Abloh and Wagener will together push the boundaries of function, style, and collaborative creativity, the company claims. “The resulting show car will steer the myth of the Maybach into the center of cultural zeitgeist.” Currently, Abloh is the Chief Creative Director and founder of Off-White and Men’s Artistic Director at Louis Vuitton.

It will be “unlike anything previously seen from Mercedes-Benz”, the carmaker takes a pledge.

Mercedes-Maybach has already had a celebration in the shape of the Edition 100 limited edition. The S-Class and the GLS are both available in the special limited edition in markets around the world. German customers will be the first to order the ultra-special sedan and SUV, starting the fourth quarter of the year. Maybach will only build 100 such units.