I AM BACK with the all new 2022 GLE900 Rocket Edition Brabus Only 1 of 25 based on the 2022 GLE63S Coupe on our YouTube Channel featuring a stunning paintwork in Superior Grey! In this video, we will be having our first Drive with the all new Brabus Rocket Edition GLE900 4 matic & will also let you hear the crazy sound of this BRABUS ROCKET! 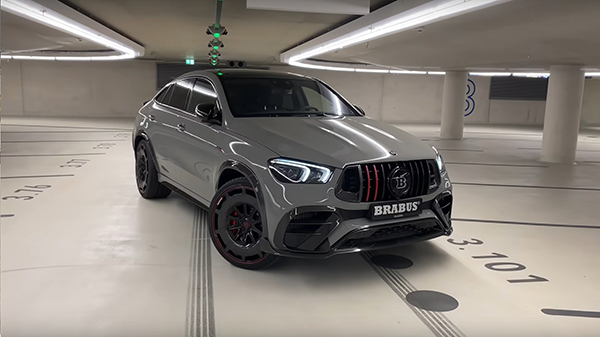 The Brabus 900 Rocket Edition can hit 100 kph (62 mph) faster than you can say its entire name. It needs 3.2 seconds to complete the sprint. If you are brave enough, and the road and legislation allow it, then you could go all the way up to 330 kph (205 mph), on the condition that you get it not with the 24-inch wheels equipping the pictured one, but with the 23-inch set with Continental rubber that’s also available at Brabus.

Now, why did we put the spotlight on this GLE 63 S Coupe again? Because it became the star of a short video that has recently made its way to YouTube. After explaining some of the highlights of the whole project, mentioning the numerous red accents in the cockpit, the driver set out, and was instantly blown away by the V8 sound, comparing it to a machinegun a few times. And it really sounds like one, but you don’t have to take our word for granted, as you know what to do to find out.