Mercedes-AMG is taking its sweet time coming out with the GLB 45 considering the lesser “35” version was revealed way back in August 2019. Not that we needed a crystal ball to figure out the hot crossover’s design, but patent drawings have emerged, showing the range topper from many angles. Discovered by Automobile, the adjacent illustrations are available on the United States Patent and Trademark Office (USPTO) website, so they’re as official as possible. 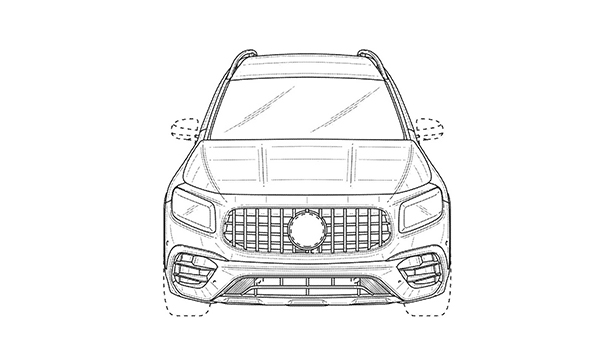 Save for the quad exhausts at the back, the GLB 45 is basically a spitting image of its less powerful sibling from Affalterbach. The air intakes in the front bumper are a tad different, but you’ll have to be an AMG aficionado to tell which is which by looking only at the front of the two potent crossovers. The company’s decision to give the “35” models the Panamericana aggressive grille with vertical slats makes it even harder to separate the two AMGs. 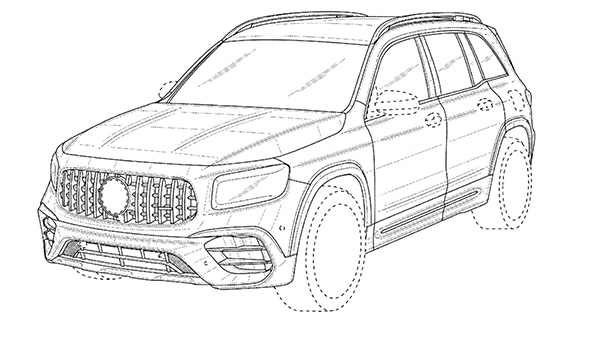 By far the biggest difference between the two models is the power output. While the GLB 35 boasts 302 hp and 295 lb-ft (400 Nm) of torque, the GLB 45 will up the power ante to 382 hp and 354 lb-ft (480 Nm). If it’s anything like the rounder compact crossover, the boxy version in its range-topping form will be sold in the United States exclusively in the GLB 45 flavor. In Europe, Mercedes will also likely sell a spicy GLB 45 S with 416 hp and 369 lb-ft (500 Nm) generated by the most powerful four-cylinder engine ever fitted to a road car. 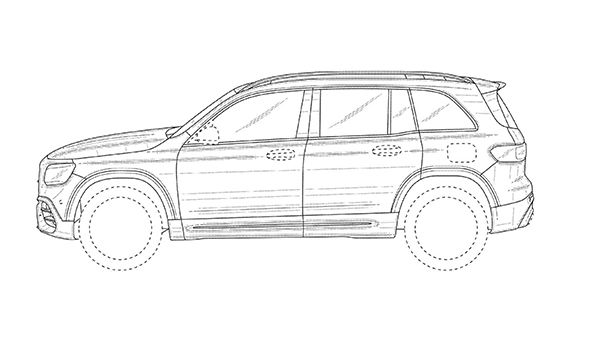 The Mercedes-AMG GLB 45 should be available in the United States for the 2021 model year, which means an official reveal could take place in the coming weeks or months. The GLA 45 and GLB 45 models should cost roughly the same as the mechanically related CLA 35 and CLA 45, which retail for $46,900 and $54,800, respectively. 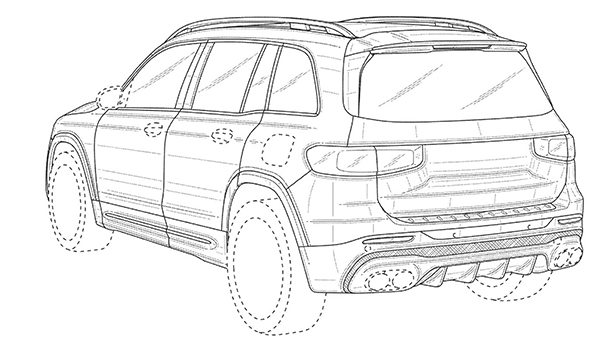 Swoopy sedans and boxy crossovers are nice and all, but the US sadly isn’t getting the most interesting model in AMG’s compact car portfolio. We’re talking about the CLA 45 Shooting Brake that combines coupe-esque sleekness with wagon-like practicality all wrapped up in a luxurious and punchy small car.