Mercedes-Benz has confirmed that the technology exhibited by the Vision EQXX concept in CES 2022 last January will be transferred to mainstream production models starting from 2024. 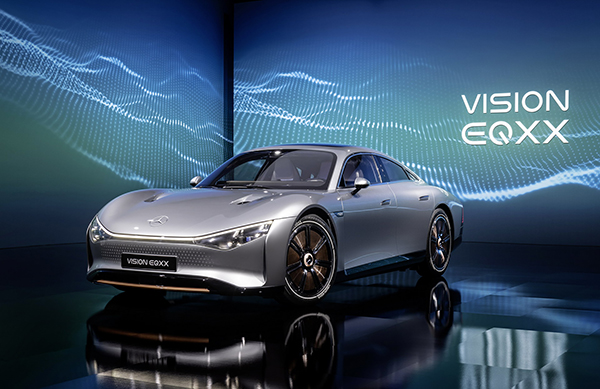 Speaking to Autocar’s sister brand Move Electric, a Mercedes spokesperson said: “Our EQXX is a research vehicle designed to push boundaries and explore options for future production vehicles. It is a blueprint for series production. Many innovations from this technology program will soon find their way into our production vehicles”.

This means that not only technological features and actual components but also processes used in the 18-month development period of the concept will find their way into production, including the “highly agile, multi-disciplinary development approach as well as the software and digital tools used during the development process.”

Despite its sub-10 kWh/100 km efficiency resulting in an EQS-beating 621 miles (1,000 km) real-world driving range, the Vision EQXX appeared to be the closest to production than any earlier research vehicles from Mercedes-Benz. The show car is a fully functional street-legal vehicle with all of the mechanical components including a rear-mounted 201 hp (150 kW / 204 PS) electric motor and a bespoke 900V lithium-ion battery pack with a capacity of 100 kWh. It also came equipped with the same MBUX infotainment found in Mercedes’ current lineup, integrated into the fancy 47.5-inch 8k touchscreen that is covering the entire dashboard.

Markus Schäfer, Mercedes-Benz chief technology officer, said: “There are many, many elements of the vehicle which are very close to moving into series production, We can look at the shape and form of the vehicle, and we are very close to the series car that we are going to see in 2024 with all the ingredients to make it one of the most efficient electric vehicles that exist.”

The first production vehicle with the EQXX’s traits coming in 2024 could be the upcoming EQC sedan which will be the electric equivalent of the C-Class slotting below the larger EQE and EQS. Supporting that claim, Gordon Wagener, chief designer at Mercedes, said that the EQXX was at least one segment smaller than the EQE. Having said that, it would be surprising for the EQC sedan to come with better specs than the flagship EQS.

While the production-ready EQC sedan might not match the 0.17 Cd aerodynamic coefficient of the EQXX, it could come close, benefiting from the expertise of Mercedes’ designers and engineers. The EQC will be based on the Mercedes Modular Architecture (MMA) that will underpin all of the compact and mid-size models of the future Mercedes-Benz range.