Can you believe it’s been 50 years since Mercedes-Benz wowed the motoring world at the 1970 Geneva Motor Show with its orange-burst-painted, gullwinged, fiberglass-paneled, quad-rotary-powered mid-engine experimental supercar, the C111-II? True, Mercedes first wowed car fans back in 1969 at the Frankfurt show with the original, three-rotor C111. However, the sequel is actually more interesting than the original, and also Mercedes just compiled information on and more than two dozen photos of the C111-II, so that’s the car we’re gonna focus on. Good? Good. 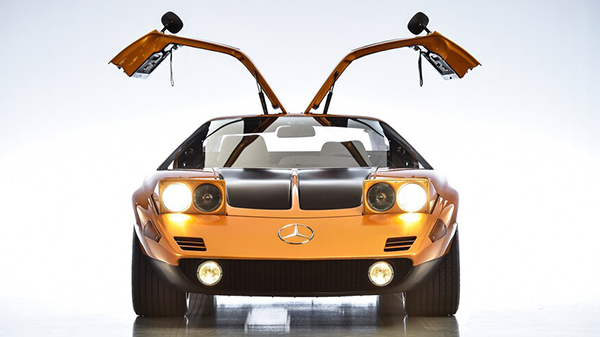 Perhaps the hardest thing to understand about any C111 is Mercedes’ decision to never build the thing. Just look at it. From Bruno Sacco’s gorgeous shape to the signature Weissherbst (White Autumn) paint to those amazing flying buttresses, the C111 and especially the C111-II look absolutely killer—design-wise, they’re about as good as anything Mercedes has ever done. So why didn’t either reach dealerships? Well, after the Le Mans disaster of 1955 (84 killed, 180 injured when a Mercedes-Benz 300 SLR rear ended an Austin-Healey and flew into the grandstands at 125 mph, bouncing twice), Daimler was completely soured on the idea of sporty cars, outside of literal dream cars like the three-rotor C111. Nevertheless, it was a dream many customers wanted to see made real, so much so potential buyers mailed blank checks to Mercedes headquarters in Stuttgart. How does an automaker turn down blank checks? No clue. My best guess is the combination of Wankel engines being an evolutionary dead end (sorry, Mazda) and fiberglass bodies’ relative flimsiness at a time when manufacturers were just starting to pay attention to passive safety ultimately doomed the C111 from ever becoming a “real” car. 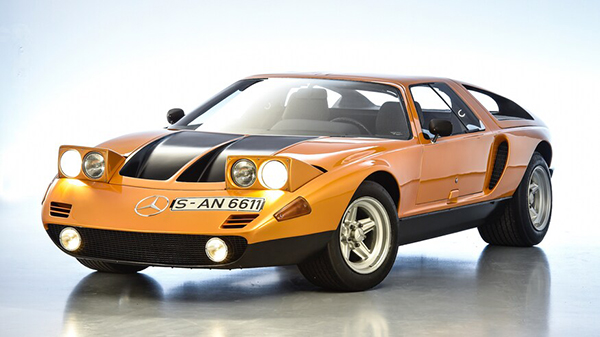 That’s too bad, of course, because the C111-II added a fourth rotor, raising horsepower from 276 to 345. As a result, the 1970 version could hustle to 60 mph in less than five seconds, and top speed increased from 168 mph to 186 mph for the second-gen car. What’s interesting is that the original 1963 brief for the C111 project called for a, “small, affordable sports car.” Remember that this was around the same time that Ford and a young executive named Lee Iacocca began working on the Mustang (which began in September 1962, to be pedantic). Point being, carmakers were aware Baby Boomers craved sporty wheels. Of course, German engineers being German engineers, they overengineered the C111 and then some. 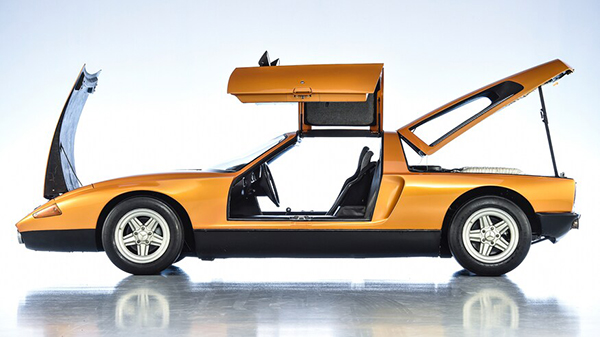 Compared to first iteration, the 1970 car featured much better forward visibility while at the same time improving the car’s aerodynamics. Also of note is the fact that the C111 was the first car to ever be designed entirely on a computer. Mercedes claims that not only could the engineers predict dynamic loads via computer, but that the entire project was sped up by four months because of its digital nature. Want to know more? Mercedes produced a movie called Das Auto, das aus dem Computer kam, that roughly translates to “The Car from the Computer.” (I don’t have a clue if it’s available on Netflix or anywhere—like MotorTrend on Demand, subscribe today!—or has even been subtitled.) 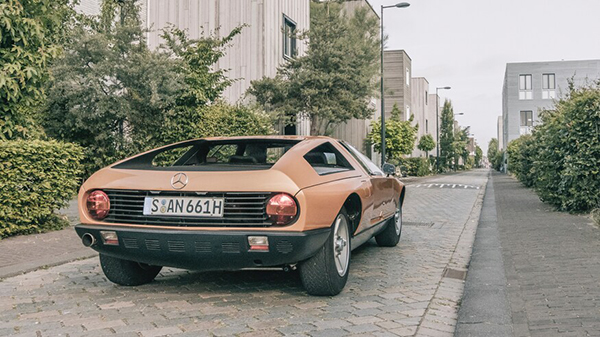 Something generally tragic yet anecdotally fantastic happened to C111-II in December 1970. Like I said, rotary engines were going nowhere fast (poor emissions, poor fuel economy, poor reliability) and the decision was made to remove the four-rotor Wankel and replace it with M-B’s then ubiquitous 3.5-liter V-8. That’s tragic because a little piece of auto history was riven and gone forever. The fantastic part is that a five years ago during Pebble Beach Car Week, I was able to both ride in the C111-II as well as drive it. (That’s me riding above.) The ride portion was especially noteworthy as there was a W198 300 SL Gullwing in front of us driven by Jochen Mass with Sir Stirling Moss in the navigator’s seat. Following those two in that car north across Bixby Bridge is a memory I’ll take to my grave. As for the driving experience, imagine a two-seat W115 and you basically get the idea; still super cool, however! Anyhow, I don’t think I would have been allowed anywhere near the thing if the Wankel engine had been left in place. 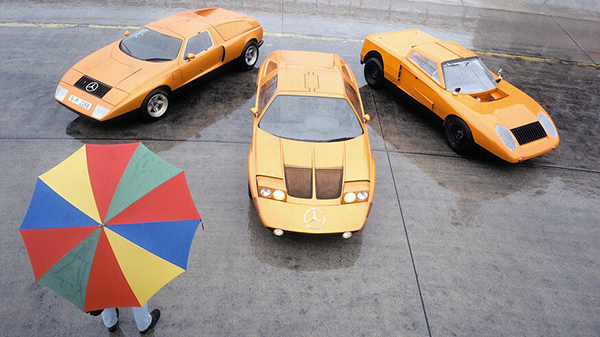 All in all, 16 C111s were built—most were C 111-IIs, although two diesel-powered C111-IIIs were made, and a single C-111 IV with a twin-turbo 4.8-liter V-8 that hit 251 mph in 1979—and yet few people are aware of its existence. You can now count yourself amongst the privileged. Now, go ahead and enjoy all the aforementioned purty pictures.