Mercedes-Benz developed some of the most interesting one-off vehicles in automotive history, including weird and wonderful experiments. The F300 LifeJet, for example, combines the 1.6-liter engine of the A-Class with a three-wheeled layout and clever technology such as Active Tilt Control. Few concepts, however, can match the appeal of the C111. 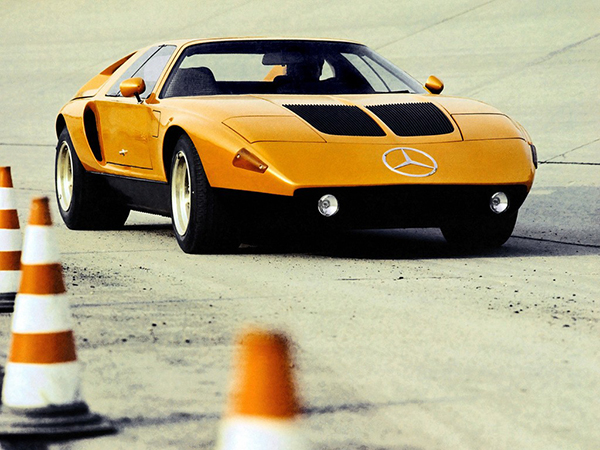 The C111 story begins in the 1960s when the Stuttgart-based automaker was interested in making the Wankel-type rotary engine viable for road-going cars. Penned by Giorgio Batistella under the guidance of legendary automotive designer Bruno Sacco, the SLX of 1966 is a lesser-known masterpiece that was regrettably phased out in favor of the C101.

After testing a crude prototype at Hockenheimring in ’69, the final incarnation of the C101 was unveiled to the public at the Frankfurt Motor Show under a different name: C111. Just like fellow Stuttgart automaker Porsche with their 911 sports car, the peeps at Merc didn’t want to enter a trademark battle with Peugeot for designations that feature a zero as the middle digit. 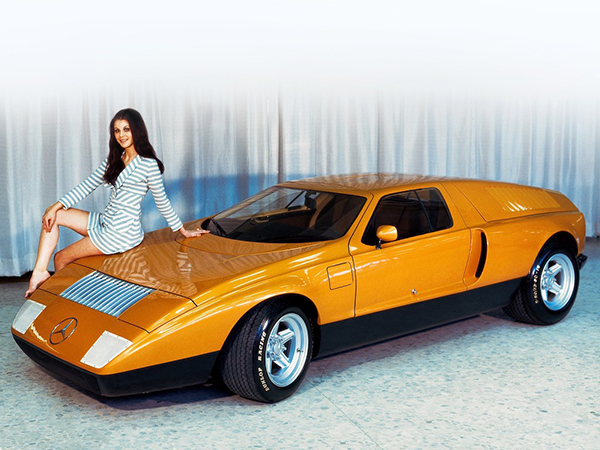 A favorite of Escort Cosworth co-designer Frank Stephenson, the C111 is finished in a shade of bright metallic orange. Weissherbst is how Mercedes-Benz calls this color, referencing a popular type of wine. Some people were curious if the German automaker intended to replace the 300 SL grand-touring sports car with a mid-engine supercar, but that wasn’t the case because the sole purpose of the C111 series was experimentation.

The wedge-shaped show car features gullwing doors out of necessity. You see, the C111 is rocking a filigree spaceframe with stability-enhancing sills that make conventional hinges unfeasible. Gullwing doors wouldn’t return to Mercedes-Benz’s road-going lineup until the SLR McLaren from 2003. 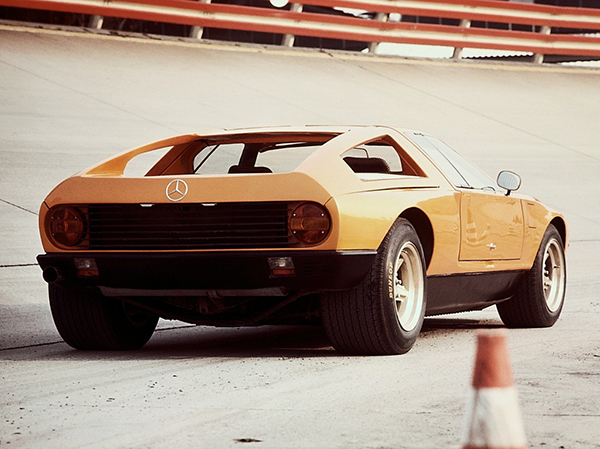 With three rotors that displace 600 cubic centimeters each, the Wankel engine of the C111 develops 280 PS (276 horsepower), a lot by 1969 standards. For the sake of reference, the Mazda Cosmo from that era cranks out 130 PS (128 horsepower). Wrapped in glass-reinforced plastic and joined by adhesive bonding and riveting, the aero-focused body shell of the C111 enables a top speed of 260 kilometers per hour (162 miles per hour).

Zero to 100 kilometers per hour (97 miles per hour) takes five seconds. Still, no engineer could make a case for this engine in a production vehicle due to high fuel consumption. More specifically, a V-type reciprocating engine of the same displacement consumes approximately 50 percent less dino juice. 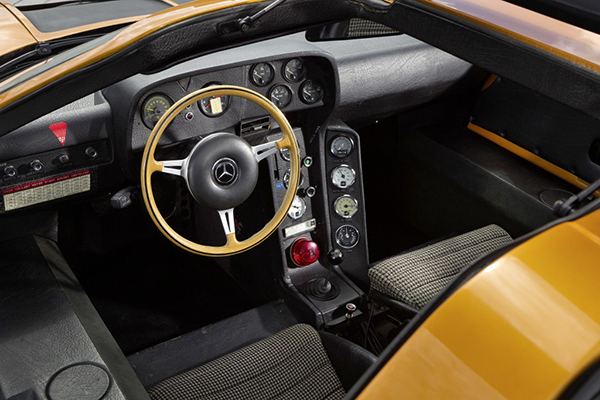 Although it was a gas-guzzling mill by all conceivable metrics, the Wankel-type powerplant grew one more rotor in 1970 with the C111-II concept. With 350 PS (345 horsepower) on tap and even better aerodynamics, the succeeding model can top 300 kilometers per hour (186 miles per hour). Shooting from zero to 100 kph (62 mph) takes 4.8 seconds, which makes the bite-the-back-of-your-hand beautiful Lamborghini Miura seem slow.

Merc switched from dual to single ignition for the four-rotor engine, but despite the improved reliability, this powerplant wasn’t feasible for mass production. The main problem comes in the guise of low thermodynamic degree of efficiency, translating to exceptionally high pollutant emissions. 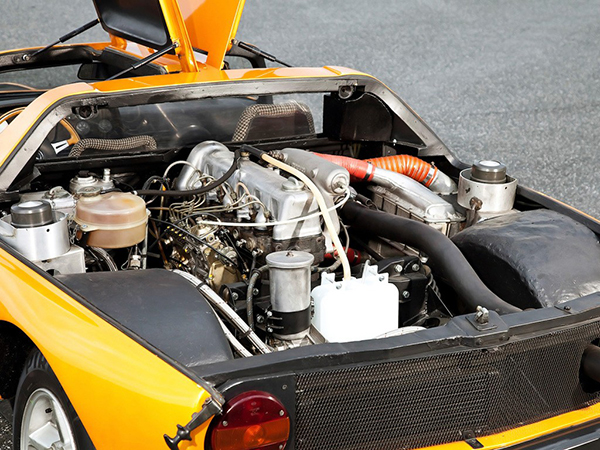 The company discontinued work on the rotary in 1971. Two years later, the oil crisis gave Mercedes the idea of experimenting with diesel engines like never before. Come 1976, the C111-II received the OM617 straight-five diesel and a brand-new designation: C111-IID. Turbocharged and intercooled for good measure, the 3.0-liter mill develops up to 190 horsepower compared to 80 ponies in the Mercedes-Benz 240 D. In the course of 60 hours, the diesel-engined concept established 16 world records at the Nardo test track. The most impressive record is for average speed: 252 kph (157 mph).

Spurred by the success of the sparsely modified C111-II, the automaker’s designers and engineers decided to create a thoroughbred racecar to establish a few more records. The C111-III from 1977 is narrower than its predecessor, has a longer wheelbase, and cuts through air more efficiently thanks to rear airfoils and complete streamlining. The following year, the silver-finished prototype with plastic bodywork and 230 horsepower on deck exceeded 300 kph (186 mph) at Nardo. The final evolutionary step of the C111 series came in the guise of the C111-IV from 1979, which broke the Nardo track record by reaching an insane 403.978 kph (251.020 mph).

Sourced from the 450 SEL, the V8 engine of the C111-IV was enlarged from 4.5 to 4.8 liters and upgraded with a couple of spinny boys from KKK and sodium-cooled valves to deliver in the ballpark of 500 metric ponies.