Since 1951, Mercedes-Benz has been constructing one of the most imposing and versatile trucks ever known to man – the Unimog. It’s hard to believe that the Unimog started out with an open cab, equal-sized wheels, and switchable front-wheel-drive – such a simple feature set compared to the ones that break world records and race in the desert. Originally designed after World War 2 to be used for agricultural purposes and as a self-propelled machine equipped with a power take-off to utilize various forms of equipment like saws and harvesting machines, it’s capability soon extended to fill other roles. And those other roles included transporting much smaller vehicles (size is relative, especially to an Unimog) such as cars. 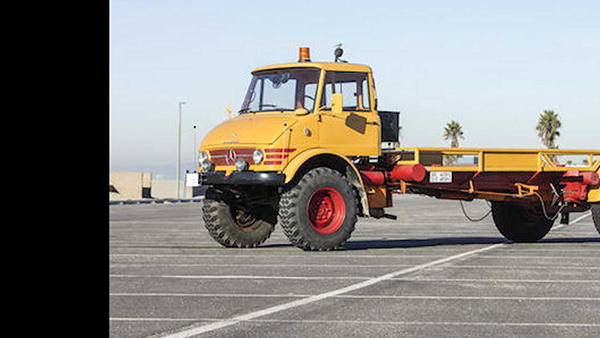 This 1966 Unimog Car Hauler is a time capsule and has had quite a journey, both figuratively and literally. This particular Unimog has a complete list of records, starting from the time it rolled off the assembly line in Germany, to spending some time in Belgium, then imported to the United States in 2001, until it was to be part of Gerard Schnuerer’s collection in 2008. An extensive restoration was performed on this Unimog, with the bill reaching over $50,000 in receipts. This particular vehicle is powered by a 5.7-liter six-cylinder diesel with 80 horsepower, equipped with drum brakes, and a four-speed manual transmission. This specific model is in the flexiloader configuration, called the “Niederflurhubwagen” (“low floor elevating truck”) in German. 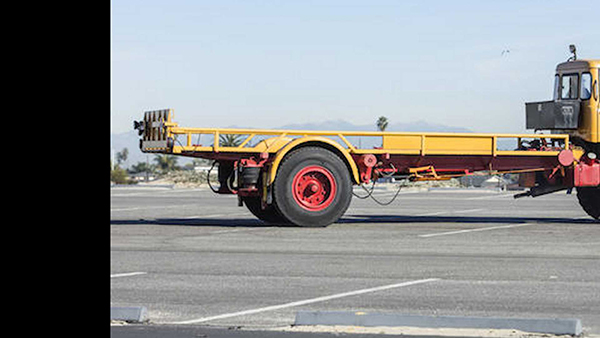 The wheels extend hydraulically from underneath the bed of the truck, allowing the bed to be lowered to the ground. This allows a vehicle to be loaded onto the bed without the use of ramps. Once a vehicle is loaded and secured, the bed can then be raised back into place and the wheels slide perfectly underneath the truck once again.