Mercedes-Benz Vans released initial details about the next-generation eSprinter in 2020 and now the automaker has released pictures of the van undergoing cold weather testing in Arjeplog, Sweden. 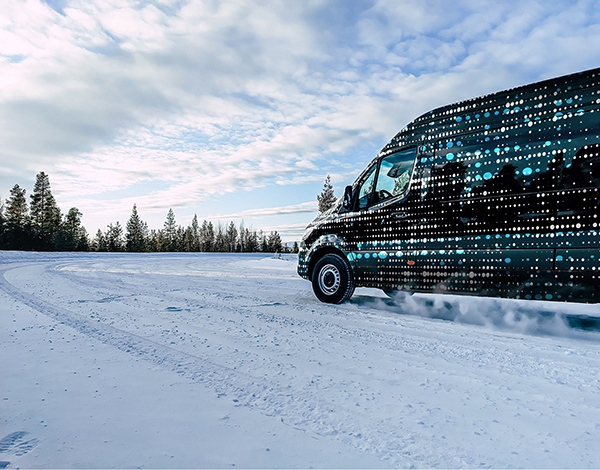 While the pictures aren’t very revealing, Mercedes said prototypes were subjected to a variety of tests to examine the “effects of extreme cold on handling, ergonomics, thermal management and cabin comfort.” The company also monitored the performance of drive components, heating systems, and software as well as charging behavior and charging management.

Despite temperatures as low as -30° (Mercedes didn’t specify if that’s Fahrenheit or Celsius), the company said it quickly “became clear that the next generation eSprinter defies both ice and snow, extreme temperatures, and can cope with the most difficult test cycles.”

Mercedes is keeping specifications under wraps, but noted the next-generation eSprinter will be offered with three different battery packs as well as a variety of body styles ranging from traditional panel vans to chassis variants. The company also said the van’s range will be “more than double” that of the existing eSprinter, depending on the configuration. 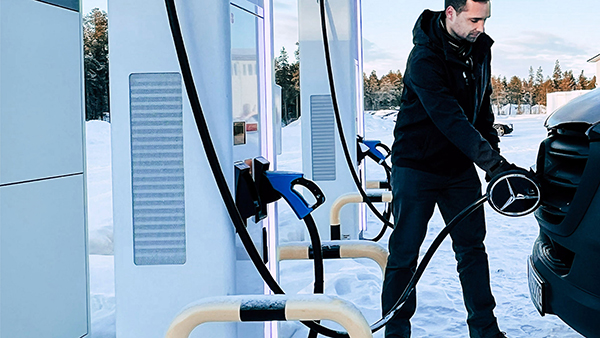 The redesigned eSprinter will go into production in Charleston, South Carolina in the second half of 2023. Mercedes will then begin building the model at their Duesseldorf and Ludwigsfelde plants.

Besides teasing the eSprinter, Mercedes said they’re “convinced of the ecological and economic advantages of battery-electric vans” and will be ready to go fully electric by the end of the decade. However, that doesn’t mean Mercedes-Benz Vans will go EV-only as the company threw in the caveat of “wherever market conditions allow.”

That being said, beginning in 2025, all new vehicle architectures will be exclusively electric. That process is already underway as the company has announced plans to develop a new VAN.EA platform for its third-generation of electric vans. Little is known about it at this point, but the first vehicles based on the VAN.EA architecture will be launched in the mid-2020s.