The SL of the R 107 model series premiered in spring 1971, starting with the 350 SL. For the first time in the history of the Mercedes-Benz SL, the car was powered by an eight-cylinder engine. The 450 SL followed in 1973. The model series exuded elegance and solidity. The crash performance of this open-top two-seater car was way ahead of its time. From a technical point of view, for example, this was reflected in the carefully defined crumple behavior of the body and body shell structure, as well as an interior that was consistently designed to accommodate safety criteria. 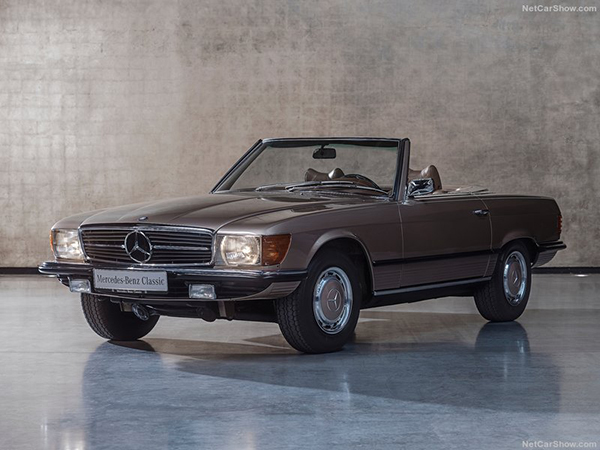 In its very successful 18-year production period, the R 107 model series received a wide range of six- and eight-cylinder engines. The model designations are equally diverse. In July 1974, the 280 SL was launched. This meant that there was a choice of three engines for the sports car. Today, that amount of choice is not unusual, but at the time it represented a novelty in the tradition of the Mercedes-Benz SL cars. Until the end of production in August 1989, all the engine variants were revised with slightly modified performance figures in order to comply more closely with the emission limits that had meanwhile been made more stringent in most European countries. 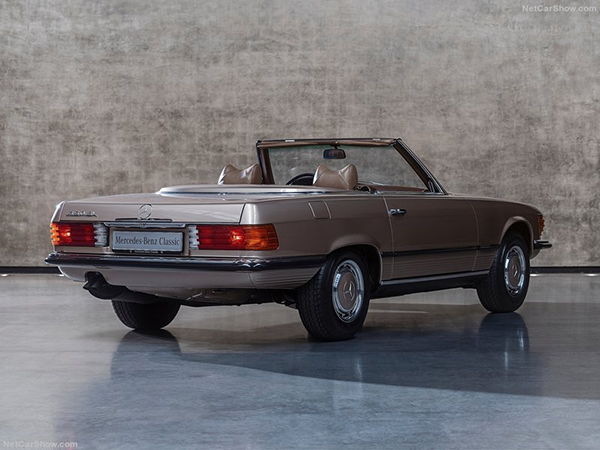 With more than 18 years of production, the R 107 model series set an internal brand record that is unlikely to be surpassed: apart from the G-Class SUVs, no passenger car model series in the entire history of the company has been produced over such a long period. A total of 237,287 open sports cars were built in Sindelfingen during this period. This figure underlines the tremendous popularity of the model series. Alongside the open-top SLs, the corresponding SLC luxury class coupes of the C 107 model series were produced: from 1971 to 1981, a total of 62,888 of these were built.