Even though it looks very original, the 1969 model offered by Tomini Classics is anything but an SL under the skin. Mechatronik is to Mercedes-Benz what Singer is to Porsche, and thanks to Mechatronik, this open-top blast from the past currently features a full-on V8 mill rated at 340 horsepower. 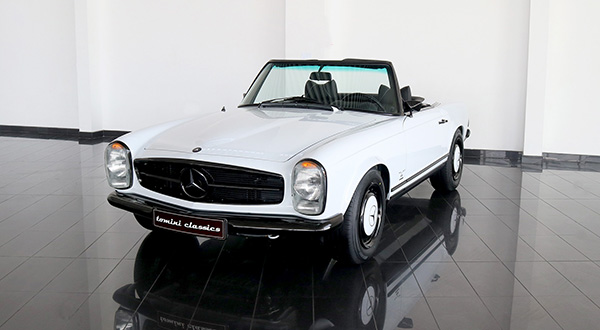 M113 is the codename for the rowdy lump, which you may know from the W202-generation C 43 AMG, the first C-Class derivative to receive a V8. It originally produced 302 horsepower and 302 pound-feet (410 Nm) of torque from 3,250 to 5,000 revolutions per minute, numbers that were hugely impressive in the 1990s for a SOHC layout with three valves per cylinder. 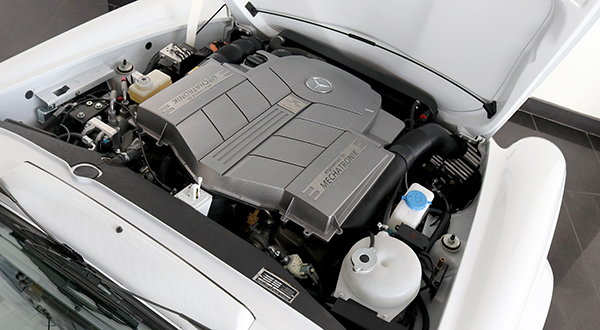 Based just north of Stuttgart, the Benz specialist builds approximately ten restomods a year with unbelievable attention to detail. Finished in white over black-painted wheels with white caps and black bumpers, ultra-fine leather upholstery finished in black, and white accents for the interior, the roadster before you shows only 719 kilometers (447 miles) on the VDO odometer. 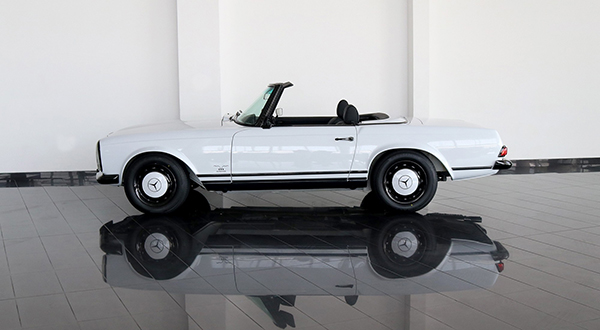 Opening the trunk reveals a load of extras and Mechatronik-branded goodies, including a leather binder with all the juicy details of the vehicle. Other highlights come in the form of better suspension components, brakes, steering rack, climate control, and something that Merc takes pride in. 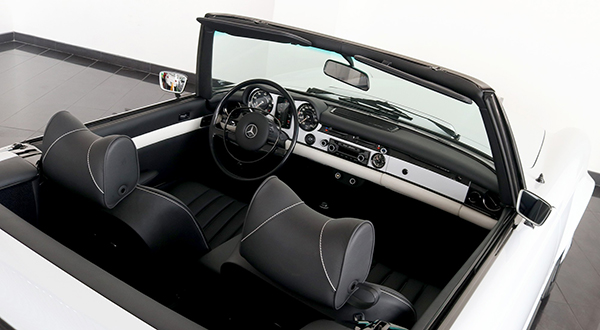 Developed in collaboration with Bosch, the second-generation ABS rolled out in August 1978 in the S-Class sedan from the W116 series. The world’s first production-ready ABS was initially priced at 2,217 marks in December 1978, translating to €2,670 adjusted for inflation. A few short years later, Mercedes made anti-lock brakes standard in all of its passenger cars. 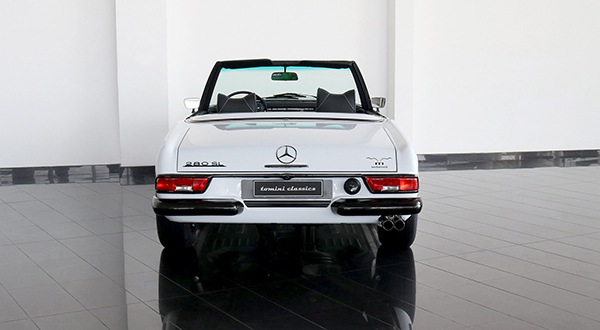