The Mercedes-AMG SLS Electric Drive silenced the competition. The 751 PS electric supercar satisfied even the most hardcore petrolhead with its four powerful electric motors.

Founded in 1967 and controlled by Daimler AG since 1999, the mad professors at AMG are responsible for the most insane Benzes out there, including the fastest road-legal car on the Nürburgring. But Mercedes-AMG is fully aware that electrification is the only route forward into the 2020s, which is why the brand-new EQS will get a go-faster makeover.

Looking back into the not-so-distant past, AMG has a little bit of experience in terms of performance-oriented EVs. The SLS Electric Drive is the car I’m referring to, a special edition that sold fewer than 100 units worldwide.

Merc kindly reminds us the SLS Electric Drive is “the most electric supercar” in the following clip, which ends in a rather interesting fashion. “This is our legacy. Imagine our future. #areyouAMGready” is the line that pretty much confirms the inevitable for the Affalterbach-based performance division that prides itself with the infamous “one man, one engine” credo.

The all-electric SLS was revealed at the 2012 Paris Motor Show, launched in June 2013, and used to cost €416,500 excluding options. That price converts to $508,115 at current exchange rates, which is more expensive than a brand-new GT Black Series but not quite as expensive as the ONE. 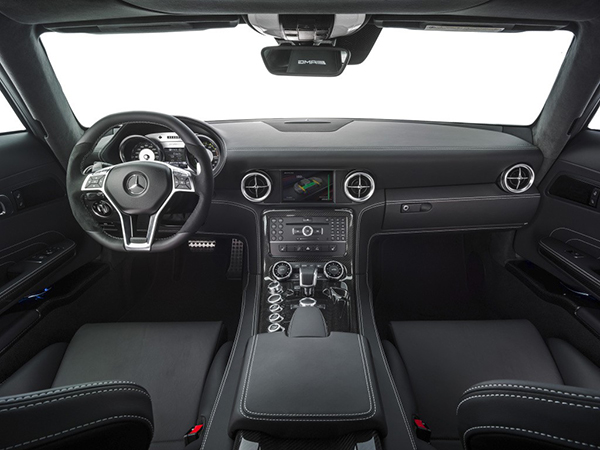 Mercedes-AMG calls the SLS Electric Drive a supercar because it features not one, not two, but four electric motors with combined output ratings of 751 PS (740 horsepower) and 1,000 Nm (738 pound-feet) of torque. 3.9 seconds to 100 kilometers (62 miles per hour) in 2013 was hugely impressive, but the yardstick has moved a lot in the eight years since then.

Tesla is the perfect example in this regard, with the Plaid option for the Model S, a tri-motor sedan that shoots to 60 miles per hour (96 kilometers per hour) in 1.99 seconds. The Plaid+ is even more intense, but we’re not going to see it until mid-2022, according to Tesla’s online configurator.

Still, do you think that AMG will eventually beat Tesla in a straight line?