Fifty years ago, Mercedes-Benz secured the airbag patent. Now the premium carmaker equips the S-Class luxury sedan with the first-ever front airbag for the rear passengers. 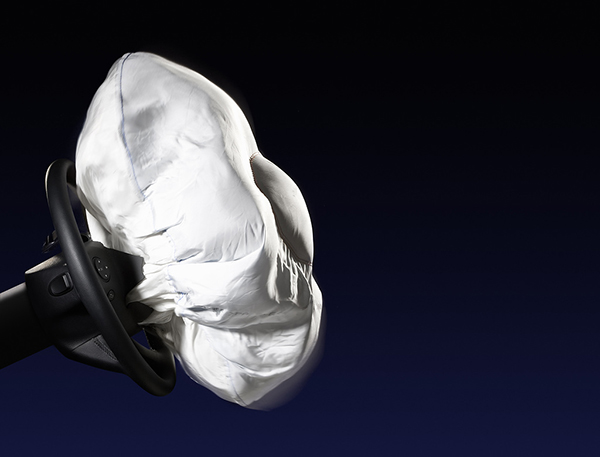 Back then, it was an “impact protection device for the occupants of a motor vehicle”. It equipped the S-Class starting the end of 1980, along with the seat belt tensioner. The car was on display at the Amsterdam International Motor Show from 5 to 15th of February 1981.

Daimler-Benz AG applied for the patent on October 23rd, 1971. The company’s engineers had been working on the device since 1966. By 1992, the driver and front passenger airbags became standard equipment. Again, it started with the S-Class and it made its way to the SL and the 400 E and 500 E models. Those who ordered other models could choose it as an option.

The installation of front airbags for driver and front passenger became a legal requirement in 1997 in the United States. 1995 brought the side airbag, the window airbag was the innovation of 1998, the head/thorax sidebag came in 2001. Eight years later, cars received the kneebag, followed, in 2013, by the thorax/pelvis sidebag, the cushionbag and the belt airbag. Fast forward to 2020, the S-Class W223 rolls off the assembly line in Sindelfingen with frontal airbags for the rear outer seats for the first time. 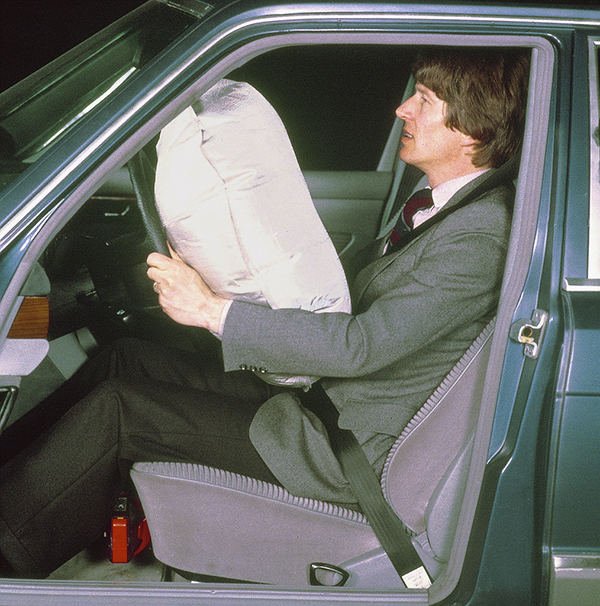 The Mercedes-Benz airbag has been saving lives
Mercedes claims that there has been a major reduction in the number of traffic deaths thanks to all the active and passive safety systems ad innovations the company produced. In Germany, for example, 2,719 people died in car crashes compared to the 18,753 the lost their lives on the road in 1971. Keep in mind that back then the number of cars was way lower.

But the story of occupants protection has its predecessors. In October 1951, inventor Walter Linder registered an invention with the German Patent Office. It was an “inflatable container in a folded state which inflates automatically in the event of danger.” Unfortunately, it was technically impossible seven decades ago.

Professor Guntram Huber took up where Linder left off. “We knew we could do it, we just didn’t know when we’d be finished.”

250 crash tests and 2,500 sled tests and thousands of trials on individual components later, the Mercedes-Benz safety engineers brought the technology to series production.