Recently, there have been a number of new patent applications filed with intellectual property offices across the globe, with a good chunk of these dedicated to new designs for steering wheels. Many of these have been extremely weird, incorporating all sorts of features that seem a little unnecessary, to say the least. Hyundai, for one, has patented a steering wheel with all the driver readouts being displayed on a screen that takes the place of spokes. But now there’s another new invention, and we think it’s actually pretty good. CarBuzz has discovered that a patent application filed with the German trademark office shows a Mercedes-Benz of the future fitted with a refreshing take on the steering wheel that is sure to blow you away. 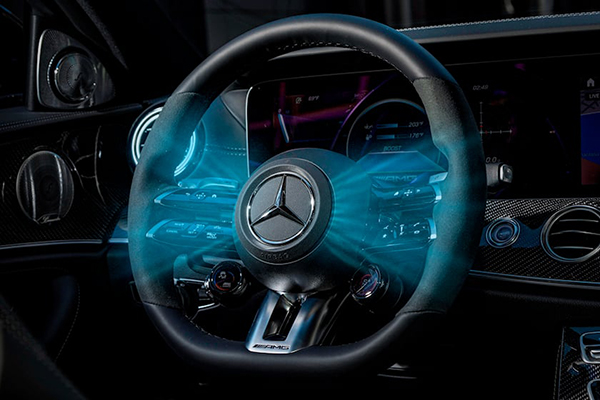 Mercedes-Benz has also considered the effect that a climate control system may have, and would temper the airflow and temperature in such a manner that you never discern a clear change in temperature through your hands.

Another possibility is that the system could be adjusted manually, just as your air-conditioning vents in your car are. In this example, a simple lever would control flaps and vanes, so you could decide when you want it to work with no more effort than flicking a switch.

Finally, the automaker has included various possible ways of adjusting the airflow of its invention, giving a driver the opportunity to have targeted air aimed at a small area or spread out over a larger one. For example, cool air blowing directly onto your sweaty palms or all over your upper body.

Of course, the Mercedes-Benz S-Class chauffeur of the future would not be seen dead touching a manual lever, so if it ever makes production, we think Merc will opt to fit controls on the steering wheel itself.