Long before retro-modern cars appeared on the market in the late 1990s, Excalibur created a unique-looking vehicle inspired by the famous Mercedes-Benz SSK but built with modern materials and an American heart under the hood. 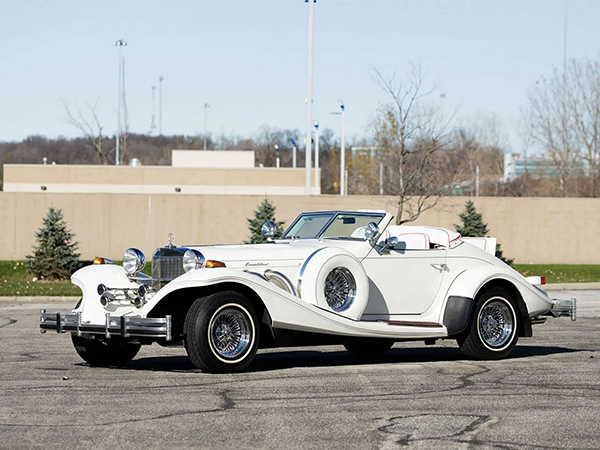 Excalibur’s history began in the early ’60s when Studebaker unveiled a car designed by Brooks Stevens, the same man who created the Jeep Wagoneer. He took his inspiration from the famous Mercedes-Benz SSK from 1928, but with modern underpinnings. Nevertheless, the idea took off and even outlived the Studebaker automaker, which vanished as a car brand in 1967 by merging with Packard.

Initially, the automaker from Milwaukee, Wisconsin, used Studebaker engines. Still, later, it switched to GM powerplants and continued production until it went belly-up in 1990. But, before that, it made over 3,500 vehicles in four series. Four years later, another group of investors tried to revive the brand using Cobra engines, but that didn’t end up well either.

The Excalibur was a car for the stars. It cost over $65,000 in 1983 to get one, which was almost three times more than a Corvette. No wonder they didn’t sell too many. But only the materials used to build one were worth more than $30,000. So, why was this car so expensive, and why was it so special that only stars could afford one? 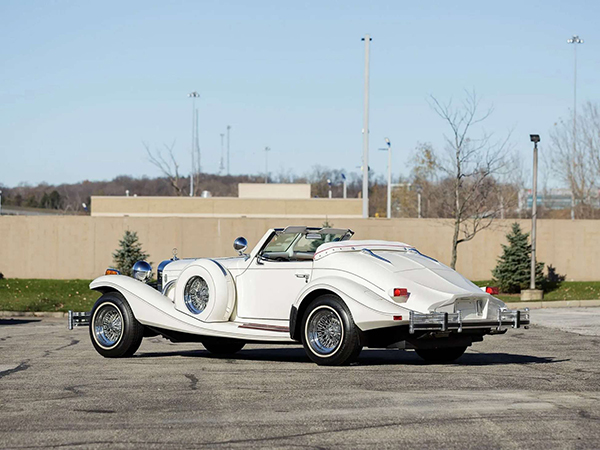 With a design inspired mostly by the 1934 Mercedes-Benz 500K Roadster, the Excalibur Series IV features a similar-looking pinned-out radiator at the front, placed far behind the bumper. Like the original three-pointed-star vehicle, it sports a cross-bar between the fenders that supports the main headlights. In addition, a third center-mounted headlamp is placed on the lower side of the radiator. But it isn’t just another light. It is guided via connecting rods to the steering assembly, and thus it turns left and right, depending on the direction of travel. So what? You thought that the turn-in headlights were new? No, they aren’t.

On the engine compartment sides, the Excalibur features chromed exhaust ducts. In the Series IV, these were fake due to safety reasons, albeit they were functional in the previous ones. The long, curved fenders merge onto the car’s side steps that are adorned with wood trims. Behind these, the rear, tear-shaped fenders follow a descending slope towards the car’s end.

At the back, some might think that it is just the trunk, but it isn’t. There you may find a folding rumble seat (mother-in-law-seat) that can be used by adults, although I wouldn’t bet for their safety or comfort. But adds flavor to the already drop-dead gorgeous-looking vehicle that you see here.

Inside the cabin, the Excalibur features a pair of high-back bucket seats. The automaker used only expensive materials for the cabin, such as the Zebrano wood trims on the dashboard and door cards. On the instrument panel, the automaker placed several dials and gauges for speed, oil pressure, coolant temperature, tachometer, and ammeter. 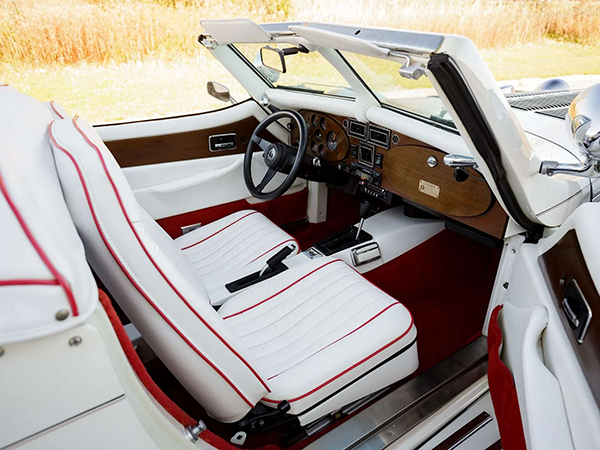 Fortunately, the owner of this vehicle didn’t replace the original Blaupunkt radio cassette player. It might not satisfy your musical taste, but it surely fits better in the car than an aftermarket touchscreen infotainment system. Under the stereo Excalibur, there are controls for the air-conditioning unit. I might say that this is not the most elegant solution, but it was a compromise. The automaker used many parts from GM’s parts bin, and that included stalks, buttons, and switches too.

Under the hood, Excalibur installed for the U.S. market a small-block V8 305 GM engine rated at 155 hp. It is paired with a trustworthy Turbo-Hydramatic THM-400 three-speed automatic gearbox that sends the power to the rear wheels via a Positraction axle. Unlike many other American vehicles from the same era, the Excalibur Series IV features independent suspension in all corners. Stopping power is provided by discs in all corners, but I would check the tires first. The seller doesn’t say if these are original or not. If they are 40 years old, then definitely not.

Performance-wise, the Series IV is not a rocket. It claims a 0-60 mph (0-97 kph) run in about 15 seconds. By today’s standards, this is very slow. But, after all, this is not a car built for speed runs but for the pleasure of driving. One of the reasons why the car is not fast is that it weighs almost two tons (ca 4,400 lbs). Its fiberglass bodywork might be elegant and good-looking, but it’s also heavy. In addition, the car is built on top of a ladder-frame steel chassis, which can’t be light.

As for the example you see here, it shows just a mere 2,880 miles (4,635 km) on the clock, so there’s no wonder everything looks brand new on the car. Moreover, it only had one owner since it was new, and in 2022 the car went through a $4,600 servicing procedure that gave it a new alternator, refreshed brake assemblies, and power steering.