According to reports from Germany, the C-Class Cabriolet and E-Class Cabriolet will be conjoined into the CLE-Class Cabriolet in 2023. The rumors have been indirectly confirmed by the renewal of the CLE trademark in the U.S. as well as the automaker’s cost-cutting plans. 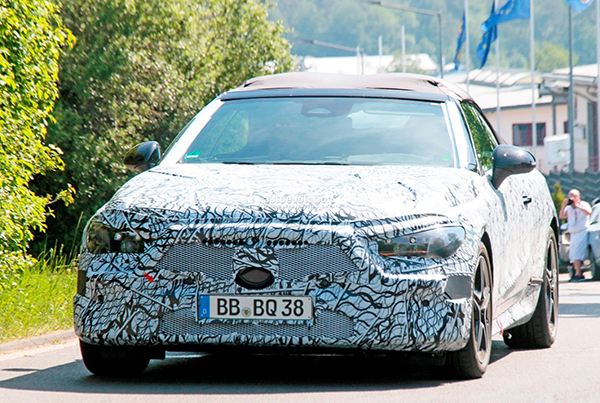 R&D chief Markus Schafer let it slip that reducing the number of models would benefit the profit margin per car while also freeing up valuable resources for electrification. And yes, even the Affalterbach-based AMG division is currently developing a couple of plug-in hybrid V8 powertrains (the 63 e and 73 e). 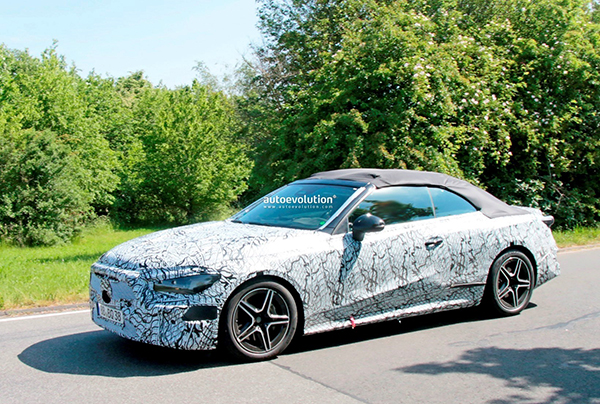 Turning our attention back to the CLE family of vehicles, the convertible option appears to feature a traditional canvas top instead of a metal roof. Spied on German public roads alongside a C-Class Cabriolet, the CLE prototypes in the photo gallery all feature a 2+2 seating configuration that may be a little on the tight side of legroom and headroom for adults. 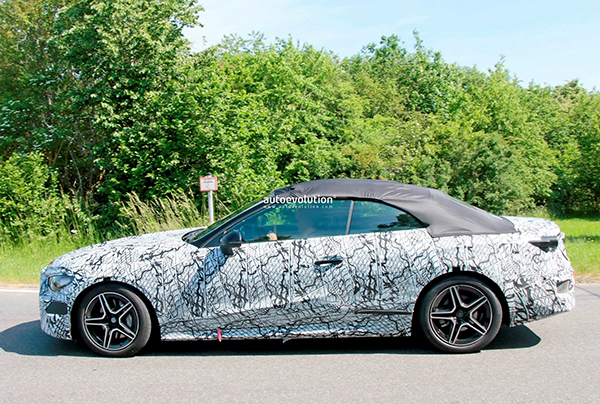 Pictured with 5- and 10-spoke alloy wheels, these prototypes don’t appear to be AMG variants based on the design of the tailpipes. But in stark contrast to the W206 C-Class that features a four-cylinder turbo PHEV powertrain for the C 63, the upcoming CLE should get six-cylinder turbocharged options in addition to four-pot motors with up to 2.0 liters of displacement. 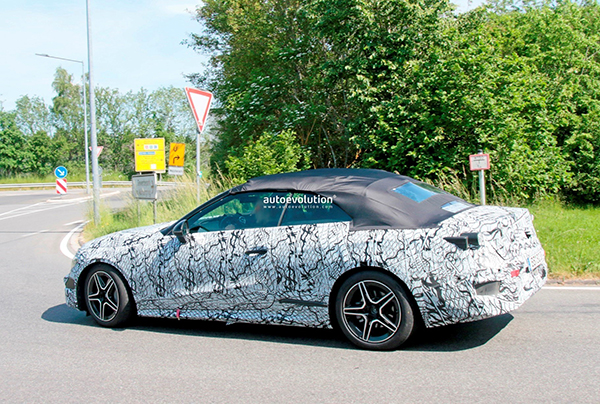 Similar to the W206, the CLE-Class family will be underpinned by the MRA II modular platform introduced by the S-Class luxobarge. These underpinnings can be summed up as a four-link front axle, multi-link independent rear axle, rear-wheel steering, and air suspension as a desirable option. 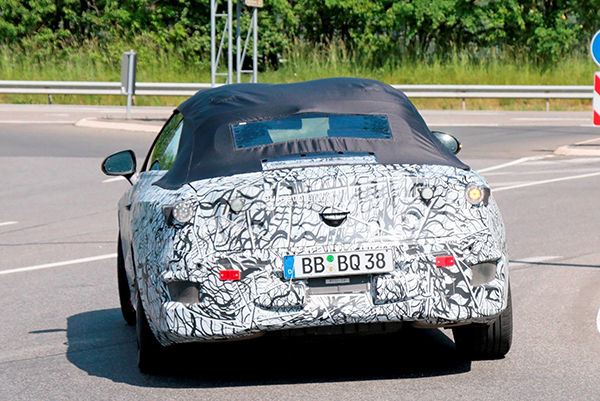 The C- and E-replacing CLE will compete against the A5 and 4 Series, but there’s also a catch that needs to be highlighted. The four-ringed automaker from Ingolstadt doesn’t have an RS 5 Convertible, which leaves only the BMW M4 Convertible to rival the three-pointed star from Stuttgart.