Nine. That is how many SUV models German carmaker Mercedes-Benz offers to American customers. Each of these nine versions comes with several powertrain choices, and together they make for a total of 29 three-pointed star-branded vehicles to choose from. Quite a tricky business, if you ask us, but one we hope to make easier, at least for those interested in the AMG variants, with a closer look at each of the available classes as part of our AMG Month coverage this June. 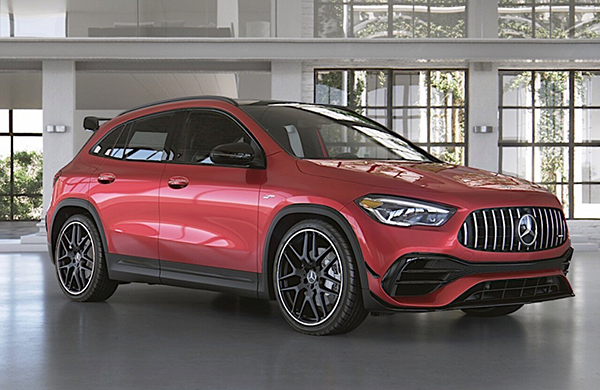 Last week, we kind of went through all the AMG passenger cars available in the U.S., starting with the rather cheap A 35 ($46,000) and ending with the uber-expensive S 63, which we managed to configure at no less than $230,680. And now we’re venturing into the equally diverse SUV segment, with the GLA as the starting point.

The GLA is one of the youngest nameplates in the carmaker’s lineup for all intents and purposes. It was born in 2013 and is presently in its second generation, launched in 2020. In America, it is offered in four variants, the Benz GLA 250 and 250 4MATIC, and two AMG versions, the 35 and 45. 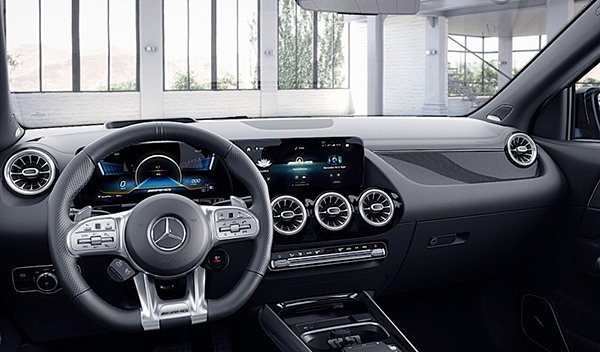 For that money, you get a body in black or white (there are seven other colors available, each going for $720) and 19-inch wheels in either five- or ten-spoke design (three other wheels types are on the table, going to $2,050 for the 21-inch set).

For the starting price, one gets an interior in grey and black with or without red stitching and a carbon structure or brushed aluminum for the door panels and parts of the dashboard. If you want anything else, you’ll have to pony up to $1,450 for leather upholstery and $325 for wood trim.

Without checking any boxes, we managed to configure our cheapest AMG GLA at $48,600, which includes the SUV as is, and the destination charge. But we can’t leave it at that, and we’ll have to compare this price with that of the fully-loaded GLA 45 to see how much of a difference that would be.

First up, it’s important to note that the 45 starts a bit higher, at $54,500, and that should be on account of this thing coming with better performance figures, namely 382 horsepower, 353 lb-ft (478 Nm) of torque, and an acceleration time of only 4.3 seconds.

Then, doing the exact opposite of what we did with the 35, we checked literally all boxes we could check and went for the most expensive options when allowed the choice. It was a relatively fast exercise, one that couldn’t have lasted more than 10 minutes (the Mercedes configurator has these things bundled up and easy to select and understand), but that left us with a $75,485 GLA on our hands.

That essentially means that the gap between the entry-level Mercedes-AMG GLA 35 and its fully-loaded 45 brethren is no less than $26,885. That’s almost the price of a butt-naked Chevrolet Blazer.

Of course, that difference translates into things like a panoramic roof, the AMG Aerodynamics and Night packages, or a Sirius XM 6-month all-access trial. That said, this entire exercise shows how different the leagues in which Mercedes buyers and the rest of the world play in are.

And, as a taste of what’s to come, keep in mind there’s an AMG SUV out there that costs three times as much as the top of the range GLA, but that’s a story for later in the week.