The Mercedes-Benz G 500 4×4 was extreme in every way. The extravagant off-roader sold out even before Mercedes got to count the units rolling off the assembly line. The company is now preparing for the second generation. 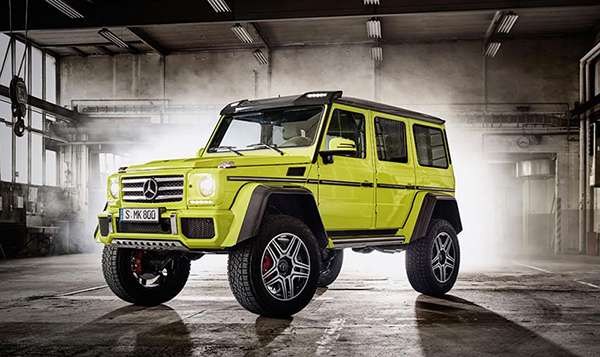 With almost half a meter up from the ground (450 millimeters) and a fording depth of 1,000 millimeters, the model with its portal axles with complex geometry is inching closer to its debut. The new generation is also getting the extended fenders, that make room for meaty massive tires, but also a ladder for the owner to climb all the way to the roof racks. There will also be another ladder onto the spare wheel, mounted on the door of the trunk. As spy photos indicate, this one should be mobile, depending on necessities.

Optional equipment might include additional lights for use in the off-road. The radiator grille will be different from that of its predecessor. But there is little change that the new generation model will end up with the Panamericana grille, so far reserved for the AMG models.

The new G 4×4 might though inherit the 4.0-liter twin-turbo V8 engine. The power unit might though come with a different output than the previous one, rated at 416 horsepower. The high-ride vehicle might make its debut in the upcoming weeks.

It is expected that the new generation would arrive with a similar price tag.