The onslaught of electrified Mercedes coming down the pipeline got a little bigger this week as German publication Auto Zeitung dropped a boatload of information in its latest magazine featuring info on seven new Mercedes vehicles, though there are two that we’re particularly interested in. 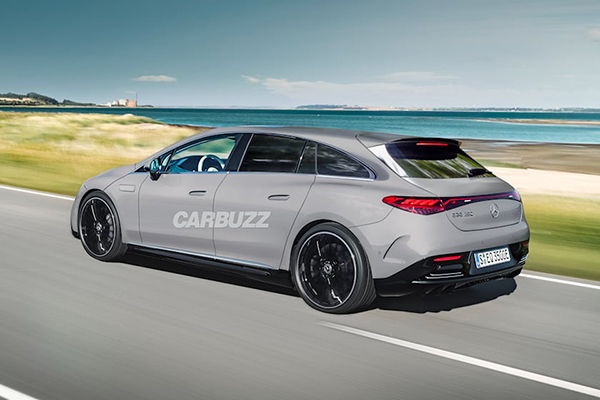 After a quick look at the company’s new 48-volt electric turbocharger (revs to 170,000) that will help the next C-Class along, we get into the new Mercedes CLE, the new Mercedes EQE Shooting Brake, and a little more info on EQE AMG sedan. AZ doesn’t note any sources for this information, so we’ll take it as rumor until we hear otherwise.

As for whether they will come to the US, a Mercedes spokesperson told us: “We can not confirm that this is an official product for the US market. We have confirmed that the EQE Sedan and SUV will be sold in the US, with the latter being built in Alabama.”

The CLE, which we’ve known was coming for a while now, will be related to the E-Class and should launch around spring of 2024. It will be a convertible four-seater and will get a thick fabric roof to keep out the elements. The new vehicle will supposedly feature some sort of hybridization along with a four-cylinder gas engine. Here in the US, we would probably get the excellent 3.0-liter inline-six, which makes 429 horsepower when combined with the mild hybrid system.

The publication also says that the four-door, coupe-like CLS will be replaced with the electric EQE, which was presented at the Munich auto show in September. That will be followed early next year by an AMG version, which is not a surprise. What is a surprise is that AZ says the EQE AMG will be followed by a Shooting Brake version, or wagon, as we call them here in the US. It will be about the size of the current E-Class at 194 inches and have a great all-electric range of 410 miles.

It looks like we have a bunch of new, German, electric sheetmetal to look forward to. We’re a little disappointed we didn’t get any news on a halo hypercar for the EQ range, which has spawned a whole new brand around itself. We’re especially interested in the Shooting Brake, though, as the Porsche Taycan Cross Turismo looks fantastic and we’d love to see Mercedes compete on that stage.

These new EVs are coming fast and furious these days, and it won’t be long before more new EVs are being revealed than ICE cars, in fact, we may be there already.