With the Volkswagen ID. Buzz getting a lot of attention this year, the Mercedes EQV has temporarily fallen into obscurity. However, that should all change later in 2023 when the three-pointed star will give its electric van a nip and tuck. Meanwhile, car paparazzi have spotted a prototype resting in a parking lot somewhere in Finland between two test sessions. We can immediately tell it’s the electric version by the license plate ending in “E.” 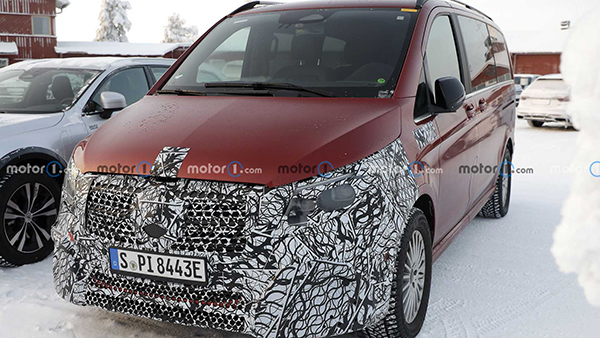 Although the EQV was introduced roughly three years ago, it’s based on the third-generation V-Class that has been around since 2014. Consequently, it’s beginning to look outdated compared to the recent crop of models from the German luxury brand. For this reason, the facelift will come along with fully redesigned headlights that seem to follow Mercedes’ recent design trends. The front bumper is completely covered in camouflage and it presumably continues to hide the charging port.

Mercedes also partially covered the taillights, although, judging by the areas left exposed, we’re not noticing any changes compared to the current EQV. The upper part of the rear bumper along with the lower section of the tailgate are also disguised for whatever reason. Our spies couldn’t take a peek inside, but it looks as though the steering wheel and dashboard remained covered under a piece of cloth, thus hinting at some changes. 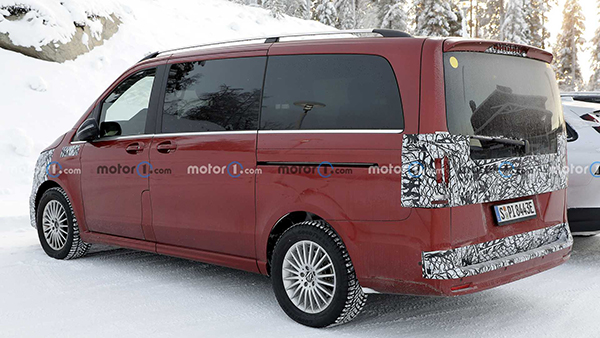 It remains to be seen whether the modifications will be skin deep to improve efficiency and boost range beyond the 418 kilometers (260 miles). The EQV 300 is able to cover that distance thanks to its larger battery that has a usable capacity of 90 kWh. The cheaper EQV 250 with a smaller 60-kWh pack is rated at 231 km (144 miles) in the same WLTP cycle.

Further down the line, Mercedes-Benz Vans will introduce a completely new electric van architecture dubbed VAN.EA. It’ll underpin a series of medium and large vans planned to be gradually released from the middle of the decade.