Mercedes-Benz EQV has been around for a couple of years but the automaker is already working on a facelift. 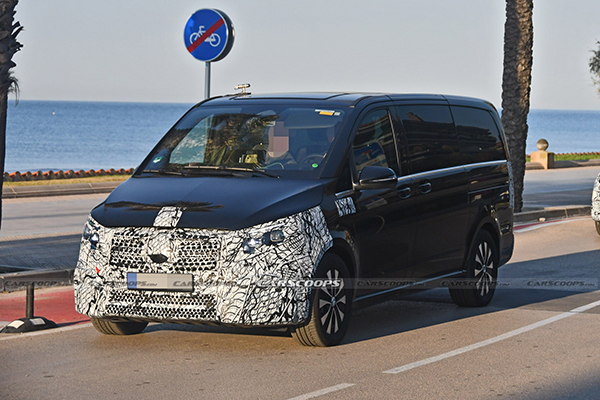 The prototype was testing alongside the current EQV, making it easier to spot the differences between them. The largest portion of camouflage wrap is attached to the front, hiding a redesigned bumper with more modern intakes, a revised grille and new LED graphics for the headlights. Interestingly, the driver and co-driver of the model were happy to see the camera, waving at the spy photographer, unlike some of their colleagues. 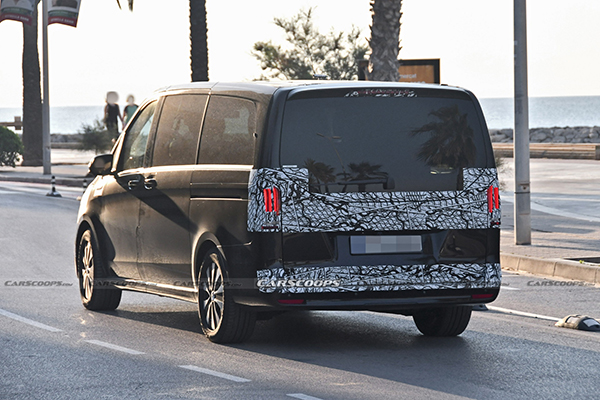 Back to the EQV, changes at the back will be limited to trim elements on the tailgate and rear bumper, since the taillights appear to be identical to the current model. The profile is also virtually unchanged, although Mercedes could add different alloy wheel designs. Note that the EQV is based on the third-generation V-Class / Metris / Vito that was introduced back in 2014. Thus, the shared body panels have started to feel a little dated, incorporating the previous design language of Mercedes.

Our spy photographers got a shot of the interior, which is mostly covered in a quest to hide the updates. We can see the new rectangle-shaped climate vents (instead of round). It is also safe to assume the EQV will gain a new infotainment system with a larger touchscreen and the latest MBUX software, alongside a digital instrument cluster. 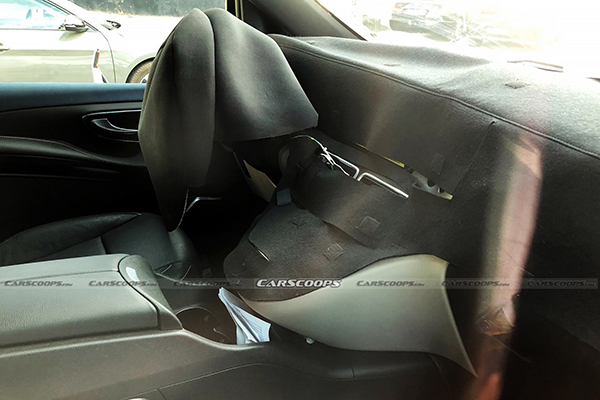 The facelifted EQV is expected to debut sometime in 2023.