Less than a month from now, Mercedes-Benz will reveal the Concept EQT Marco Polo. The new “near-series concept” is an electric camper van that takes advantage of the EV platform’s compact exterior and spacious interior. This is our first look at a full-fledged micro camper that will “expectedly celebrate its debut in the second half of 2023,” said Mercedes. 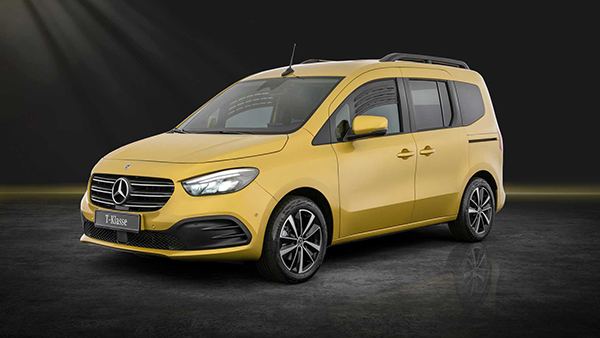 The van’s packaging and EV powertrain help with its versatility. The underbody battery allows the EQT to offer almost the same interior practicality as the ICE-powered T-Class. According to the company, the van will provide two camping solutions. Key to its versatility will be its removable kitchen and bed units, allowing passengers to quickly and easily remove the camping equipment in just a few steps.

This setup should be quite similar to the Marco Polo upfit unit that Mercedes launched earlier this year for the T-Class. It’s available in two configurations. The standard unit features a bed for two with a four-inch-thick mattress. The upgraded upfit includes a kitchen unit with a sink, refrigerator box, and gas cartridge cooker. It also comes with two camping chairs and a small indoor-outdoor table, which serves as a solid base for many outdoor activities.

Mercedes isn’t the only automaker planning to turn its electric vans into campers. Late last year, Volkswagen announced that it would build the ID. California, an ID. Buzz-based camper van. Specific details remain a mystery, but the automaker did reveal that it’d build the camper at its Hanover plant. It’ll arrive sometime after 2025, a couple of years after the electric Marco Polo upgrade hits the market, and it could be quite the competitor.

Mercedes will debut the Concept ET Marco Polo on Friday, December 2, at 2 p.m. CET (9 a.m. EST). Camper vans and other mobile living solutions have grown in popularity over the years. Offering upgrades and other optional equipment to turn its electric van into a competent micro camper seems like a no-brainer for the automaker. The T-Class Marco Polo upfit launches in the second half of next year alongside the EQT’s upgrade.