Today Mercedes-Benz Vans unveiled the EQT Concept, the forerunner to the future T-Class in the small-van segment. Before saying anything else, we’ll have to mention a kind of relativity effect regarding this case: Concept EQT appears to be a “small van” as seen from the van’s perspective, otherwise being a decently sized MPV, the kind of family automobile with three rows of seats. 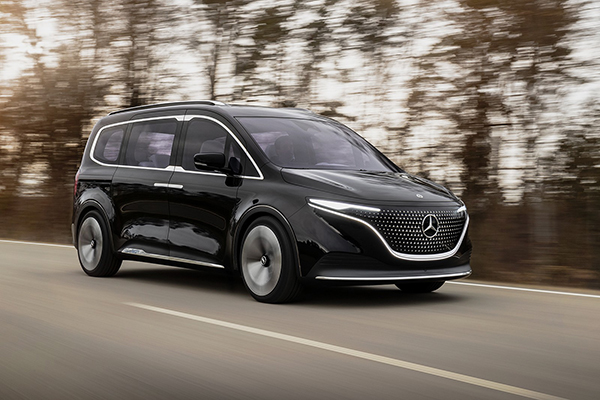 This is the new Mercedes Concept EQT. It’s a preview of the brand’s forthcoming compact electric leisure van, which will be revealed next year as an all-electric member of the new T-Class range.

Mercedes says the Concept EQT is a close representation of the eventual production model, with a design that introduces a “premium” element which the brand thinks is missing from the leisure activity vehicle segment. 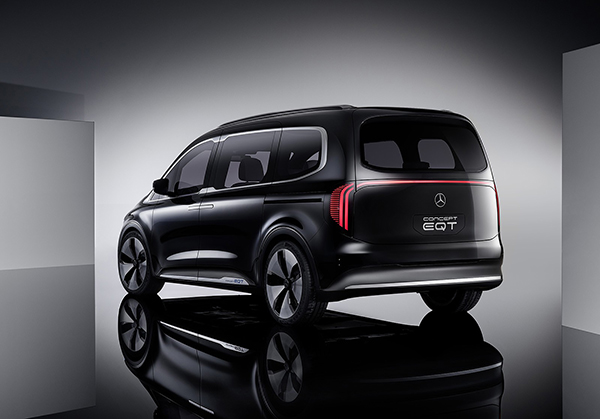 It’ll share most of its styling and underpinnings with the upcoming T-Class MPV, which is due to go on sale next year, powered by a range of petrol and diesel engines. Both vans will be based on a platform borrowed from the Renault-Nissan-Mitsubishi Alliance, meaning both should have the same dimensions.

Mercedes has confirmed the Concept EQT measures 4,945mm long, 1,863mm wide and 1,826mm tall, which is slightly larger than the latest Volkswagen Caddy. The brand also has a habit of producing production-accurate concept cars, so we expect these measurements will be pretty much identical on the finished model. 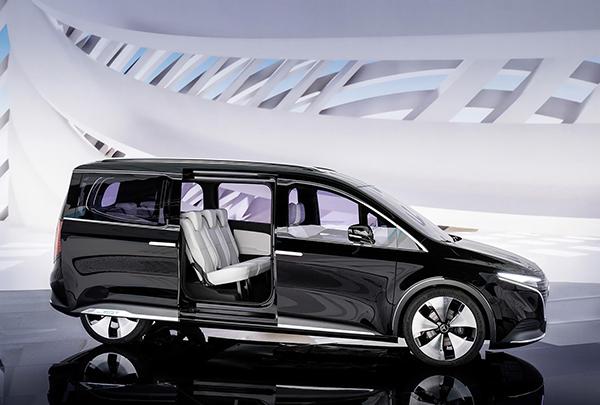 The concept shares the same sleek front end as the rest of Mercedes EQ range, with slim headlamps and a broad radiator grille. Towards the back, there’s a full-width light bar and two sliding rear doors that are large enough to allow occupants easy access to the third row.

However, as it’s still a prototype, the EQT has the usual range of concept car touches. In the boot, for example, there’s a “last mile” electric longboard that’s designed to get the driver to their final destination once the van is parked. The unusual bottle-shaped panoramic sunroof and enormous 21-inch alloy wheels will also likely be ditched for the production model. 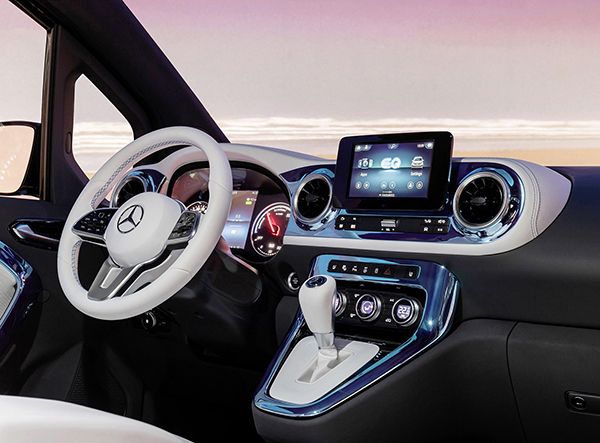 Inside, the concept’s seats are trimmed in white Nappa leather upholstery. Three Isofix points are found in the second seating row, while there’s also an ambient lighting system and the infotainment screen.

The touchscreen has an artificial intelligence programme which learns the drivers habits and automates them. For example, if the driver regularly calls someone on Fridays on their way home from work, the system will display that contact’s phone number on the screen at the ritual hour. The system also has live traffic information and over-the-air updates. 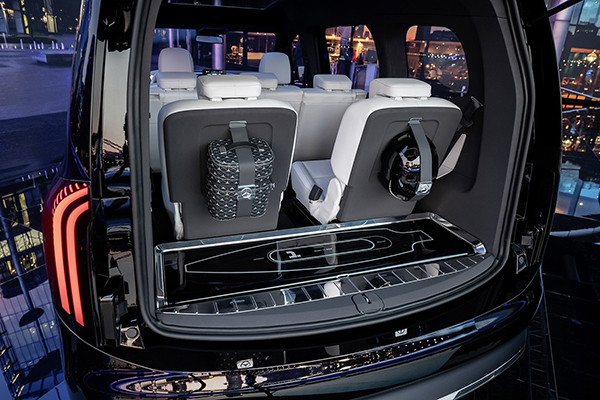 Mercedes hasn’t released any technical specifications for the Concept EQT but, as it shares the same underpinnings as the third-generation Renault Kangoo ZE, we expect it’ll feature a similar battery pack and motor configuration.

The pure-electric Kangoo features an electric motor mounted on the front axle, with an output of 100bhp and 245Nm of torque. It’s powered by a 44kWh battery, which Renault says has a WLTP-verified range of 159 miles. Charging at 75kW is also possible.