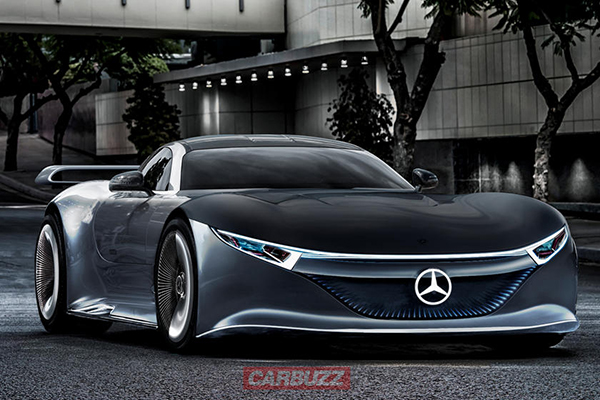 From the name alone, we can tell you that it will be a concept car. Mercedes-Benz has used the word “Vision” to designate concept cars for years now. Not all of them have made it to production, but the Vision EQS eventually became the EQS, and the AMG Vision Gran Turismo was an extremely early look a the Mercedes-AMG GT. Some cars, like the Vision 6, never make it into production.

The rest of the name has us stumped. The One part is easy to understand. Mercedes-AMG is currently busy putting the final touches on the Mercedes-AMG One hypercar before it arrives in 2022.

The Eleven is harder to fathom. We scoured the internet looking for a reference, and the only thing we could find was the codename W11 from 1929. It was attached to a basic six-cylinder sedan, so it can’t possibly have something to do with this.

The name could indicate that Mercedes-AMG is working on a special edition of the One hypercar. We know only 275 will be made, which will make it one of the most exclusive cars ever built. And it will almost certainly, maybe, perhaps be available in 2022.

We also know that there is a tiny portion of the population who want even more exclusivity. The Bugatti Divo is a prime example, as is the Bentley Bacalar. Bacalar production is limited to just 12 models, while 40 Divos were produced. The Eleven could signify an extremely limited edition version (just eleven units?) of the One.

Since the Mercedes-AMG One is basically an F1 car for the road, AMG might be working on a track-only version of the vehicle. Most hypercar manufacturers offer similar products, but Ferrari started the trend years ago with track-only examples of its halo cars. The last one was the FXX K Evo, based on the LaFerrari.

Whatever it is, the fact that it has “One” in its title is a good sign. We recently rendered an EV version of the AMG GT since the rest of the range is slowly going electric. Perhaps Mercedes is already one step ahead of us.